Adler Theatre and VenuWorks proudly present one of the world’s premiere illusionists, CRISS ANGEL in RAW: The Mindfreak Unplugged, on Tuesday, September 10 at 7:30 PM at the Adler Theatre in Davenport. Tickets range from $52 to $92, and can be purchased in person at the Adler Theatre Box Office (136 E. 3rd St) or online at Ticketmaster.com. Tickets go on sale this Friday, June 28 at 12:00 PM. 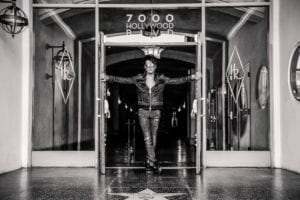 Criss Angel has dominated the world of magic for over a decade, but even with his incomparable success, Criss’ passion is to constantly create and bring his magic revolution to fans everywhere. Criss Angel RAW: The Mindfreak Unplugged is a theatrical experience unlike any seen before; bringing Angel’s famous sleight of hand street magic, mentalism, and even some of his most iconic illusions to life – all performed in an intimate, raw setting. This extraordinary evening of magic unplugged features Criss and some of his amazing friends with a stripped-down purity that’s in-your-face and guaranteed to blow your mind. Experience Criss Angel like never before!

Criss Angel is the most influential and imitated magician of the modern era.  From his role as star, creator, executive producer and director of the most successful magic television series of all time, Criss Angel MINDFREAK on A&E Network, to his #1 best-selling Las Vegas stage show Criss Angel MINDFREAK, to countless critically acclaimed television specials and series, best-selling books, top-grossing retail products, music CDs and more.  Hailing spectacular reviews from outlets such as Bloomberg Businessweek – who called him “the biggest name in Las Vegas magic,” and the Las Vegas Sun – “The #1 magic show of all time!,” Angel’s magic revolution has single-handedly brought upon the art’s resurgence.

Sean Leary
Sean Leary is an author, director, artist, musician, producer and entrepreneur who has been writing professionally since debuting at age 11 in the pages of the Comics Buyers Guide. An honors graduate of the University of Southern California masters program, he has written over 50 books including the best-sellers The Arimathean, Every Number is Lucky to Someone and We Are All Characters.
See More Articles From Sean Leary
Tagged: A&E NetworkAdler TheaterCriss AngelLas Vegaslocal theatermagicmagiciansMindfreak