Rhythm City Casino Resort is pleased to announce the original trickster, Michael Carbonaro, will be performing LIVE on the Event Center stage at Rhythm City Casino Resort on Friday, April 10, 2020 at 7 PM. Tickets go on sale Friday, October 11, 2019 at 10 AM CST. Prices for this show range from $25 to $60 depending on seat location. Tickets may be purchased online at rhythmcitycasino.com, by calling 844-852-4FUN or in person at The Market gift shop inside Rhythm City Casino. This show is open to guests of all ages! 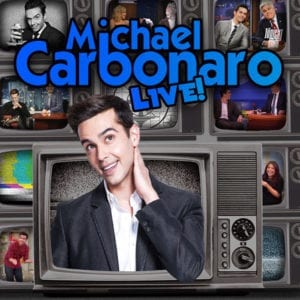 Known for his original hidden camera magic series, The Carbonaro Effect on truTV, Michael Carbonaro has been seen on television in shows such as Happily Divorced, 30 Rock, Grey’s Anatomy, and CSI Miami. A performing magician since his youth, Carbonaro went on to study experimental theater at New York University with the aspirations of entertaining audiences through a variety of theatrical mediums, including hidden-camera magic, which he later showcased frequently on The Tonight Show with Jay Leno.

Carbonaro’s late night appearances then launched him into stardom through his hit comedic series, The Carbonaro Effect, on truTV. A trickster at heart, Michael performs inventive tricks on unsuspecting members of the public who are unaware that he is a magician. Jaws drop when he causes a car to disappear from under a security guard’s nose or makes alien crabs transform into kittens in a science lab. Whether posing as a coffee shop barista, museum curator, or seemingly unremarkable store clerk in the REAL world, Carbonaro’s illusions – along with his absurd, matter-of-fact explanations – leave REAL people bewildered and families at home laughing out loud.

Michael’s extensive list of accolades includes the “OUTFEST Best Actor” award as well as the “Magician of the Year” honor, bestowed upon him by the Academy of Magical Arts in 2015. In 2016, he was the inaugural recipient of the Copperfield Prize which recognizes an individual for elevating the art of magic.

Sean Leary
Sean Leary is an author, director, artist, musician, producer and entrepreneur who has been writing professionally since debuting at age 11 in the pages of the Comics Buyers Guide. An honors graduate of the University of Southern California masters program, he has written over 50 books including the best-sellers The Arimathean, Every Number is Lucky to Someone and We Are All Characters.
See More Articles From Sean Leary
Tagged: local comedyMichael CarbonaroRhythm City Casino Resort