Birds of Prey and the Fantabulous Emancipation of One Harley Quinn will be available to purchase on digital on Mar 24, so folks who missed the latest DC film in theaters (which, judging by the box office, was too dang many of you) will be able to catch up with Margot Robbie‘s Harley Quinn and her new girl gang much sooner than expected. And Warner Bros. isn’t just releasing the film — they’ve got a handful of digital bonus features too, including a gag reel and several featurettes. 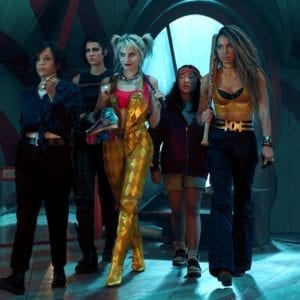 On Mar 24, “Birds of Prey and the Fabulous Emancipation of One Harley Quinn” will be available to own in high definition and standard definition from select digital retailers including Amazon, FandangoNOW, iTunes, PlayStation, Vudu, Xbox and others.

On Apr 7, “Birds of Prey and the Fabulous Emancipation of One Harley Quinn” will be made available digitally on Video On Demand services from cable and satellite providers, and on select gaming consoles.

Tess Abney
Tess Abney was born and raised in the Quad Cities. Her passion for writing and entertainment was apparent at a very young age. Whether it is sharing local events and businesses with readers or sharing her thoughts on life, she finds comfort in the way words can bring people together.
See More Articles From Tess Abney
Tagged: Birds of Preydigital releaseEmancipationFabulousHarley QuinnmoviesThings To Do