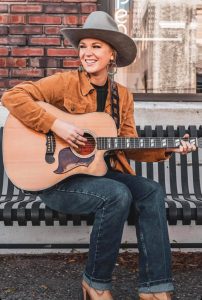 Angela Meyer is preparing to release her new album, “Legions & Legends,” this summer.

Local superstar Angela Meyer will be having her Legions & Legends album release show at the Motel Aug. 26th!! Tickets go on sale at noon July 2!

Sean Leary
Sean Leary is an author, director, artist, musician, producer and entrepreneur who has been writing professionally since debuting at age 11 in the pages of the Comics Buyers Guide. An honors graduate of the University of Southern California masters program, he has written over 50 books including the best-sellers The Arimathean, Every Number is Lucky to Someone and We Are All Characters.
See More Articles From Sean Leary
Tagged: Angela Meyerquadcities concertsRaccoon Motelupcoming concerts