I’m Not Sayin’ It’s Aliens, But… Another UFO Seen Over Davenport

According to the National UFO Reporting Center, www.nuforc.org, the Quad-Cities has been hit with some more UFO activity, in Davenport.

As previously reported on QuadCities.com, there have been three previous sightings over the past seven months, the most recent being a large object with green lights moving slowly over the river from the Iowa side to the Illinois side and into Rock Island last fall, as reported here: Another UFO Over The Quad-Cities? 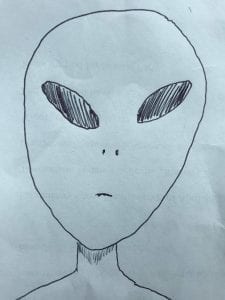 The latest sighting was reported March 16 and posted to www.nuforc.org on March 21. It reads as follows:

3/16/2019 05:00 (Entered as : 03/16/19 5:00) Reported: 3/16/2019 3:21:03 AM 03:21 Posted: 3/21/2019 Location: Davenport, IA Shape: Circle Duration:1-2 minutes 4 bright white lights moving above Davenport and changing direction in unison Three bright white circular objects/lights moving close together from east to southwest. I watched for about 20 seconds, noticed they weren’t moving like jets, airplanes, satellites, meteors…they left no trails and remained bright white. Then, I saw the 4th bright white light quite a bit behind the others- still in the eastern sky heading the same direction as the other 3. I looked back at the 3 moments before they curved gently toward the northwestern sky. The 4th continued towards the area where the 3 changed direction. Pink clouds blocked the remainder of this curious event.

Are aliens watching us? Have they come for Whitey’s? Are they trying to save the catfish guy from his fine for noodling? We’ll continue to report the REAL story HERE on your site for fun, free, local entertainment, QuadCities.com!

Sean Leary
Sean Leary is an author, director, artist, musician, producer and entrepreneur who has been writing professionally since debuting at age 11 in the pages of the Comics Buyers Guide. An honors graduate of the University of Southern California masters program, he has written over 50 books including the best-sellers The Arimathean, Every Number is Lucky to Someone and We Are All Characters.
SeanLeary.com
See More Articles From Sean
Tagged: alienscatfish guyDavenportDavid Duchovnyflying saucersFox MulderGillian AndersonNational UFO Reporting CenterQuad CitiesRock IslandUFOsX-Files