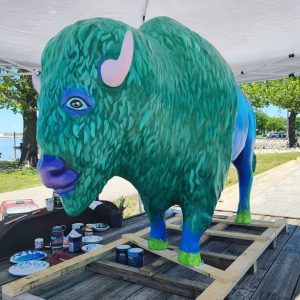 Rock Island’s Illinois State Representative Mike Halpin (D-Rock Island) led a bi-partisan resolution in support of the Bison Bridge Foundation’s proposal to repurpose the Interstate 80 bridge over the Mississippi River. The proposal passed through the Illinois house with bi-partisan support. Bison Bridge’s proposal, led by East Moline environmentalist, Chad Pregracke, includes  a wildlife crossing on one side of the bridge and a park on the other. Pregracke has been leading the charge on the bridge since last year, collecting over 40,000 signatures of support on their website at... Read More