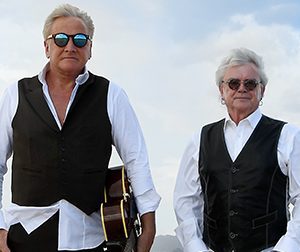 The trademark sound of Russell Hitchcock’s soaring tenor voice and Graham Russell’s simple yet majestic songs created a unique sound that would forever be known as Air Supply. That band will perform at 8 p.m. Friday night at Rhythm City Casino in Davenport. However, it is the live shows that always hold audiences captive around the world. They were the first Western group to tour China, Taiwan, and countless other countries that before would not allow pop music across their borders. In 1983 they recorded “Making Love Out Of Nothing At All” by Jim Steinman which solidified... Read More