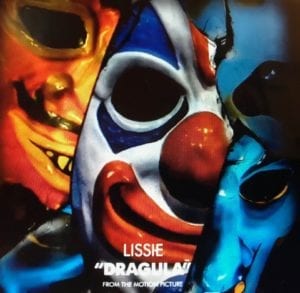 Former Bettendorf residents Scott Beck and Bryan Woods haven’t forgotten their creative collaborators from the Quad-Cities. The duo, who make their directorial and writing major studio debut on the big screens worldwide with “Haunt” this Friday have brought in former Rock Islander Lissie to help with the soundtrack to the movie.
Lissie recorded a cover of Rob Zombie’s “Dragula” for the film.
Scott and Bryan said the following about the collaboration on their facebook:
“We’ve wanted to work with Lissie for years and are grateful to finally have the opportunity to collaborate! We are BLOWN AWAY by the beautifully haunting cover of Rob Zombie‘s “Dragula” that she crafted for HAUNT with Lance Conrad at Humans Win! Recording Studio. The track will be released on 9/13 and you can pre-save/add Lissie’s rendition of the song here: https://stem.ffm.to/dragula”
Advertisement

Sean Leary
Sean Leary is an author, director, artist, musician, producer and entrepreneur who has been writing professionally since debuting at age 11 in the pages of the Comics Buyers Guide. An honors graduate of the University of Southern California masters program, he has written over 50 books including the best-sellers The Arimathean, Every Number is Lucky to Someone and We Are All Characters.
See More Articles From Sean Leary
Tagged: Beck and WoodsHauntLissie