Community organizer Thurgood Brooks joins the show to talk about his just-announced campaign for Mayor of the City of Rock Island. We talk about his reasons for running, his platform, and his vision for the city, including ideas for 11th Street, the downtown District area, changing the perception of Rock Island in relation to the other Quad-Cities, attracting new businesses, and more. 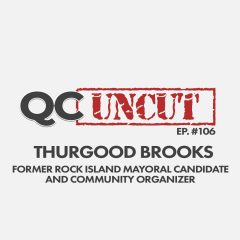 Former Rock Island Mayoral candidate and community organizer Thurgood Brooks speaks with us for the first time since being narrowly defeated for the top political spot in the city. We talk about... 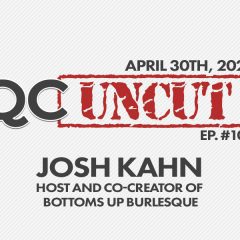 Josh Kahn has been at the creative epicenter of the local burlesque scene over the past decade, as the host and co-creator of Bottoms Up Burlesque. This weekend, he'll be stepping aside to take a... 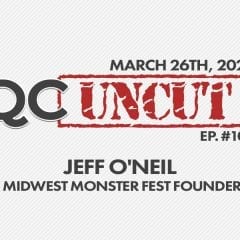 Midwest Monster Fest founder Jeff O'Neil talks about the upcoming Horror Pop-Up coming up in May, as well as this fall's Monster Fest! We chat about the guests and attractions for this awesome event!