Welcome to the Nothing Shocking Podcast. On this weeks episode our guest is bass legend Tony Levin 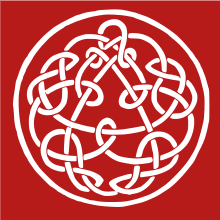 As with previous releases in the “Elements” series, the full variety of King Crimson’s music is presented over 2 CDs! Featuring extracts from rehearsals, new live recordings, elements from studio recordings, full tracks, alternate takes and finished recordings from 1969-2016, many of which make their first appearance on CD.

Every line-up is featured across the double CD set. Of particular interest on the new set is the inclusion on disc 2 of every part of “Larks’ Tongues in Aspic” (some studio, some live) from “Part I” to “Level 5” – interspersed with elements taken from the original studio sessions and rehearsals.

Packaged in a DVD-sized fold out digipak style book case with a 24 page booklet including sleeve notes by co-compiler Sid Smith, photos of memorabilia, full info about the 2016 tour and a number of band and individual photos of the current band line-up.

See King Crimson on tour in North America this summer!

With three drummers up front including Pat Mastelotto, Gavin Harrison and Jeremy Stacey, as well as the return of multi-instrumentalist Bill Reiflin on keyboards, guitarist, and original founding member, Robert Fripp, states that this “double quartet formation” is likely to make more noise than ever before. Rounding out the eight piece line up are guitarist and vocalist Jakko Jakszyk, bassist Tony Levin, and saxophonist Mel Collins, also an early member of Crim.

As well as standard tickets, the band’s label, DGM, also has announced sale of VIP Royal Packages, limited to just 50 per show. Details can be viewed at the label’s interactive and recently redeveloped website, www.dgmlive.com.

Coinciding with the first leg of the tour, King Crimson will be releasing a CD EP featuring their version of “Heroes” recorded in Berlin during the band’s 2016 European tour. “Heroes – Live In Europe, 2016” was released on June 2nd 2017 and can be ordered via the shops at www.dgmlive.com as well as available through traditional retail outlets. The US based Schizoid Shop has recently added a range of new shirts and other band-related merchandise, and offers weekly specials including offers to win free tour tees. www.schizoidshop.com.

Help support the podcast and record stores by shopping at Ragged Records. 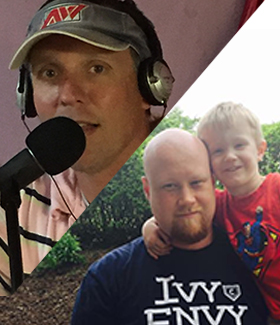 Nothing Shocking
Eric “Coach Nes” Nesbit is Physical Education teacher in the Rock Island School District by day and avid music collector by night. Eric’s prized possession in his collection is the Michael Men Project “Made in Moscow” CD. Eric’s favorite band is Led Zeppelin. Bob Zerull is the Controller at QCA Pools and Spas in Bettendorf IA. In his spare time he’s the cohost of the I Hate Critics Movie Review podcast as well as Managing Editor of Zoiks! Online where he has interviewed a wide variety of artists including Ted Nugent, Sammy Hagar, Aerosmith, Metallica, Korn, Disturbed, Godsmack etc etc. His favorite band is Aerosmith.