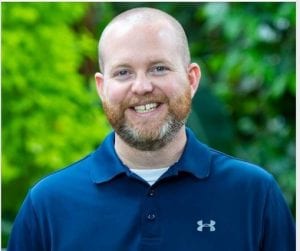 Ryan Wille, development manager for the Humane Society of Scott County, will be the next executive director of Quad City Botanical Center.

A 2009 graduate of Bradley University in Peoria, Wille was the marketing manager at QCBC (2525 4th Ave., Rock Island) from March 2016 to October 2018, and since then has been development manager of the Humane Society of Scott County.

“Ryan, he is a great leader. He is a wonderful person,” Porter said Tuesday morning. “He is very passionate about the gardens. He cares very much about the success of the gardens and he’s very community-oriented. And so the Quad-Cities is home and when you have a love for the community with a love for an organization that’s mission-based, I don’t think you can go wrong.” 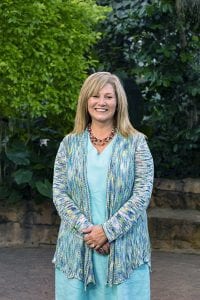 Ami Porter has worked at the Botanical Center since 1998, its first year, when she started as rental facility manager

Porter – who has been with QCBC since 1998, its first year of existence – is moving in May to northern Wisconsin, where she and her husband (Marshall Porter, who retired as general manager of WHBF-TV last year) bought a house.

“I’ve been fortunate to have been involved with the Botanical Center board for a long time, and had the opportunity to see Ami not only as the rental manager, but operations manager, and become executive director,” QCBC board member Bill Nelson said Tuesday. “It’s been phenomenal to watch her grow, and be the voice for the Botanical Center, Her care and concern for the facility and its success has been an amazing thing.”

Porter became chief operating officer in 2007, when the QCBC “was really in tough financial straits, and she was able to work through all that and get the center on a good sound financial footing, in addition to being able to expand,” Nelson, a former Rock Island Parks and recreation director, said. 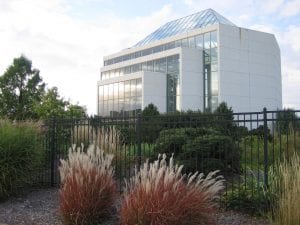 While Ryan Wille will rejoin the staff Wednesday, he will transition into the executive director role with Porter over the next month, Nelson said.

After Porter announced in January her intention to step down, the QCBC board posted the position with several botanical and recreational organizations, and they received 36 applications from coast to coast, Nelson said.

“We were extremely pleased with the quality of the people who applied,” he said. “We narrowed those down to seven that we did preliminary interviews with by Zoom, and then we narrowed that down to three we interviewed in person. “

“As we went through that interview process, it became apparent Ryan, one, that this seemed to be a dream for him to be at the Botanical Center,” Nelson said. “He had spent some time with us in the past. His qualifications and demeanor and excitement just really carried it for us.”

Wille’s fundraising experience with the Humane Society is key for QCBC.

“Particularly in the nonprofit area, obviously, you have dependency on fundraising and grant opportunities,” Nelson said. “The other thing lost on some, is that important ability to recognize that while you’re educating people about plants and the outdoors, it’s also critical you understand that it is an entertainment business. 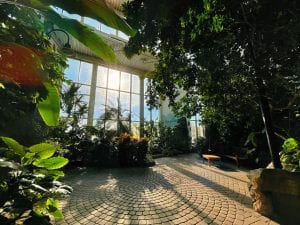 The popular Sun Garden had been open just Saturdays until April 1, when it reopened to seven days a week.

“The lion’s share of your revenue is going to come from daily fees and rentals,” he said, noting that the Covid pandemic seriously cut into that income. “Being able to think outside the box is really critical right now,” Nelson said.

The Botanical Center has been fortunate during the pandemic because it’s been a place people could enjoy the outdoors safely, he said.

On April 1, the center reopened to seven-days-a-week hours – 10 a.m. to 5 p.m. Monday through Saturday, and 11 a.m. to 5 on Sundays. For more information, visit www.qcgardens.com.

Jonathan Turner
Jonathan Turner has been covering the Quad-Cities arts scene for 25 years, first as a reporter with the Dispatch and Rock Island Argus, and then as a reporter with the Quad City Times. Jonathan is also an accomplished actor and musician who has been seen frequently on local theater stages, including the Bucktown Revue and Black Box Theatre.
See More Articles From Jonathan Turner
Tagged: ami porterBotanical CenterHumane Society of Scott CountyQCBCQuad City Botanical CenterRock IslandRyan WilleSun Garden