“It was surreal to see my work contribute to helping a community better protect themselves from mosquito borne diseases,” said Reza.

According to the Center for Disease Control, West Nile virus is the leading cause of mosquito-borne disease in the United States. It is most commonly spread by the bite of an infected mosquito. Fortunately, most people infected with West Nile virus do not feel sick, with only about 1 in 5 people who are infected developing a fever or other symptoms. 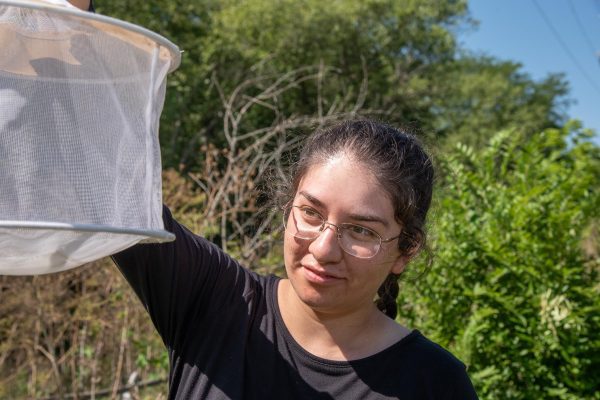 Reza had a unique opportunity to use the Rapid Analyte Measurement Platform (RAMP) testing machine in order to determine the presence of disease in mosquito populations. Reza also collected samples from Hancock and Schuyler Counties.

Through the process, Reza collected 50-100 local mosquitoes through traps, twice daily. Once the mosquitoes were collected, they were placed in a freezer and only females would be selected for further testing. The RAMP machine was later used in determining the presence of disease.

“Female mosquitoes are the only attackers and spreaders of disease,” said McDonough County Director of Environmental Health Chris Adams. 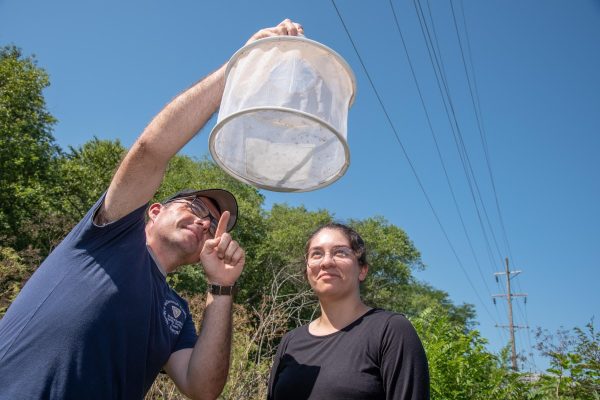 “Mosquito populations are not going away, and after testing, it seems the disease is progressing into Hancock County,” said Adams.

In addition to notifying communities on the detection of West Nile, the McDonough County Health department believes the best thing we can do as a community is to protect ourselves by reducing the number of mosquitoes and get rid of containers that hold stagnant water, repel mosquitoes by using deet products and report areas where water is stagnant. 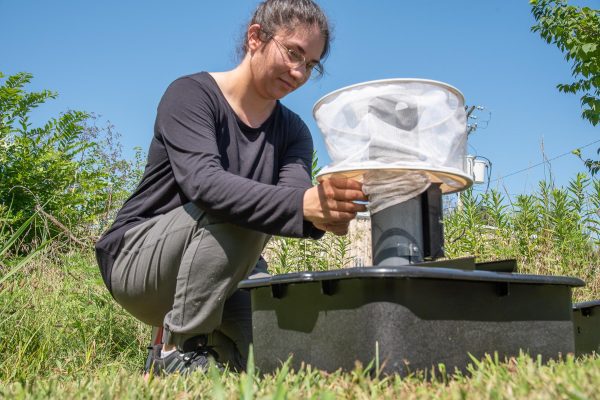 WIU student Kenia Reza checks trap for mosquitoes as part of her program-based internship with the McDonough County Health Department.

“The McDonough County Health Department knows the value of working with students looking for a career in public health and greatly appreciates the partnership between Western Illinois University and the Department of Health Science and Social Work. Working together allows opportunities to better prepare students for a career in public health by bringing in new professionals with real world experience,” said Adams.