Have a Spooktacular Time at Prospect Park! 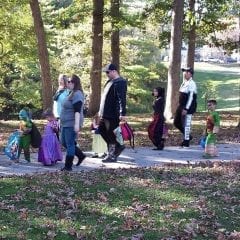 Do you have little ones anxiously anticipating Halloween, looking for a reason to try out those costumes? Well, there’s no better way to kick off the holiday than some family fun in the park! The Moline Parks and Recreation Department is hosting their annual Spooktacular time at Prospect Park (Park 16th Street Moline), this Saturday Oct 20! And admission is free! Kids are encouraged to wear their costumes! Refreshments (while supplies last) will begin at 2:30 p.m. Trick-or-treating around the park will begin at 3 p.m. There will be lots of fun characters to meet along the trail! The Quad Cities... Read More

Dracula Heading to The Spotlight Theatre! 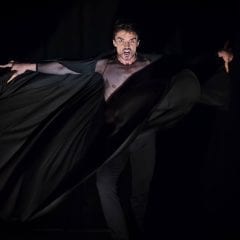 Dracula is back, and just in time for Halloween. QC Ballet presents “Dracula” this Friday Oct 19 and Saturday Oct 20 at The Spotlight Theatre (1800 7th St. Moline). Performances begin at 8 p.m. both nights. Domingo Rubio returns as Dracula! Based on Bram Stoker’s Gothic horror story, “Dracula”, is a classic tale of love and loss. Stock up on garlic and join us for a performance full of seductive vampires, frightening mental patients, and the king of the undead himself, Count Dracula! “Frankenstein’s Follies” is a Musical Medley of Halloween tunes to please the most discerning... Read More 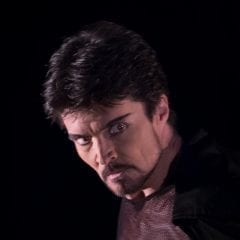 It’s your last chance to get dinner with Dracula! (And we promise it will be bloody good, although more figurative than literal on the bloody!) Dinner With Dracula will be presented in advance of Ballet Quad Cities’ Dracula at 5 p.m. Oct. 20 at the Spotlight Theater, 800 7th Ave, Moline. Dracula will be presented at 8 p.m. Oct. 19-20 at the Spotlight. There are only hours left to get your tickets to join Dracula for a spectacular feast featuring a pasta bar, carving station, and delectable desserts served by the Count of the Castle! All proceeds from the evening’s ticket... Read More

Storm Storming In With Thunderous Events For Opening Week!

Take a Historic Tour of Deere-Wiman House and Butterworth Center 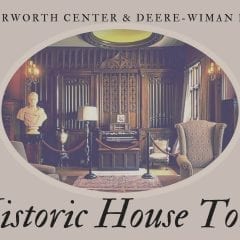 It’s no secret that the QCA has a rich history filled with beautiful homes and even more stylish stories. Here is your opportunity to not only view two local historic homes but also to learn how those who resided in those homes helped create the community we now enjoy. On Wednesday, Thursdays and Fridays, the Butterworth Center and Deere-Wiman House in Moline are offering free tours! The tours will begin at 2:30 p.m. in the Deere-Wiman House (817 11th Ave Moline) and then proceed to the Butterworth Center (1105 8th St Moline) at 3:30 p.m. Come and learn the secrets of the first owners, the homes’... Read More

There’s a veritable torrent of news coming from the Quad-Cities’ new hockey team, the Q-C Storm! Opening night is October 20 and today the Quad City Storm are unveiling their plan to pack the TaxSlayer Center! The Storm are planning to have 8000 fans making noise in the seats for the first game of the regular season!  Fun features for fans include: indoor fireworks, a light show, a kid zone, mascots, a promo team and the first 1000 fans receive a free Storm t-shirt!  John Deere is sponsoring opening night and, along with the Storm, will be raising funds for United Way. In addition to the... Read More

‘War Of The Worlds’ Stomps Into Black Box 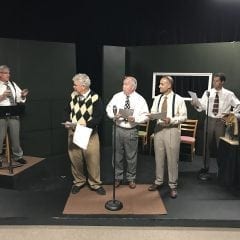 The Black Box Theatre located in downtown Moline will present the original script of Orson Welles infamous “War of the Worlds: The 1938 radio script,” by Howard E. Koch and based on the novel by H.G. Wells. The production will open October 11 and run through October 21. The Black Box Theatre cast includes James Driscoll, Matt Walsh, Scott Tunnicliff, Mark Ruebling and Michael Alexander. The production will be directed by Lora Adams with assistant director Sara J. Armstrong Kutzli, and stage manager Meredith Biechele. “The War of the Worlds” was first performed and broadcast by The Mercury... Read More 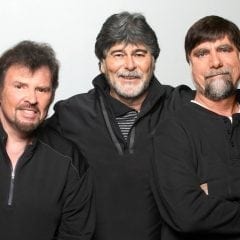 Legendary Southern rock band, Alabama, is on tour! And they’re making a stop in the Quad Cities! Catch Alabama Live, with special guest Terri Clark, at the TaxSlayer Center (1201 River Dr. Moline) this Saturday Oct 13 at 8 p.m. Founded by cousins Randy Owen, Teddy Gentry and Jeff Cook in 1969, Alabama have charted more than 30 Number One songs over the course of their career, fusing country songwriting with an unabashedly rock sound to create influential favorites like “Mountain Music,” “Song of the South” and “I’m In a Hurry (And Don’t Know Why),” among numerous others. Ticket... Read More

Take a Journey Through Time at Prospect Park 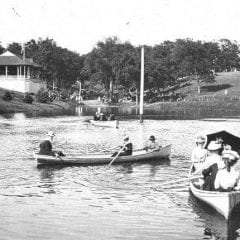 Take a step back in time this weekend while helping one of the Quad Cities’ earliest parks move forward. The Moline Parks and Recreation Department presents, Prospect Park Through Time, this Saturday Oct 6 from 11 a.m. – 3 p.m. in Prospect Park (Park 16th Street and 30th Avenue). This event will showcase a historic walking parade at 1 p.m. around the pond. Groups will be portraying the different generations the park has witnessed since 1891. To lead off the procession the Mayor of the day, John Wessell, will be commentating. Before and after the parade, enjoy classic cars, magicians and storytelling.... Read More

The Hunchback of Notre Dame Takes the Spotlight! 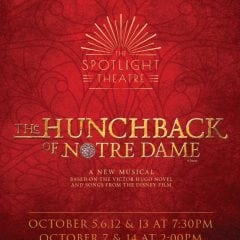 The latest production to hit The Spotlight Theatre is one you won’t want to miss! The Hunchback of Notre Dame graces the stage at The Spotlight Theatre (1800 7th Ave. Moline), beginning this Friday Oct 5 at 7:30 p.m. Performances continue Saturday Oct 6, Friday Oct 12 and Saturday Oct 13 at 7:30 p.m. and on Sunday Oct 7 and Sunday Oct 14 at 2 p.m. From an Academy Award-winning team comes a lushly scored retelling of Victor Hugo’s epic story of love, acceptance and what it means to be a hero. Based on the Victor Hugo novel and songs from the Disney animated feature, The Hunchback of Notre... Read More