“In a time of need, the answer is simple, help.”

Those are the words of Western Illinois University alumnus Riley Hintzsche, the agricultural educator and FFA advisor at Streator Township High School, in reference to a collaborative project to bring needed supplies to storm-ravaged Mayfield, KY.

When Hintzsche, a 2014 graduate, and fellow WIU alumnus, 2016 graduate Mitch Miller, the agriculture teacher at Midwest Central High School in Manito, IL, heard about the tornado that struck Mayfield, KY, Dec. 10, both knew they needed to take action. Both were immediately contacted by Jesse Faber, the agriculture teacher and FFA advisor at Pontiac High School, and the man both call the “ringleader” of collection efforts to gather supplies to send to the region. 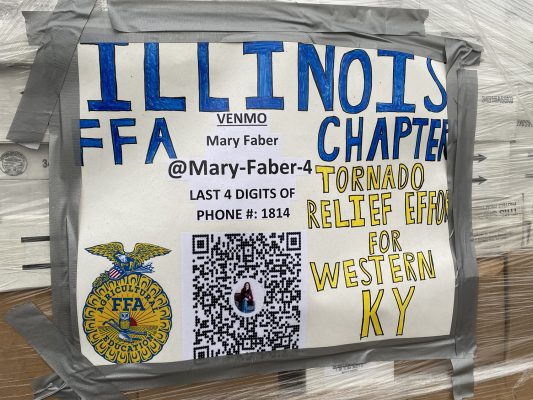 Hintzsche and Faber happen to be friends with Mayfield, KY, school administrator and former district agriculture teacher Richard Horn, and contacted him about the needs of the area. In just six days, truckloads of supplies were headed south.

“As ag teachers, we are fortunate to have a very large network of individuals to gain advice from, ask to work with our students, and ultimately call upon in a time of crisis,” said Hintzsche. “Well, when people asked what we did, we called upon our resources. The Streator FFA Officer Team put a post on social media to our community, which resulted in numerous donations from local community members.”

One of Hintzsche’s former students, Ali Talty, is the store manager of the Streator RP Home and Harvest and donated two pallets of water and helped with the purchase of pallets of cat and dog food and pine shavings. A parent of another former student called the Ottawa Community Food Bank, which donated seven pallets of items. 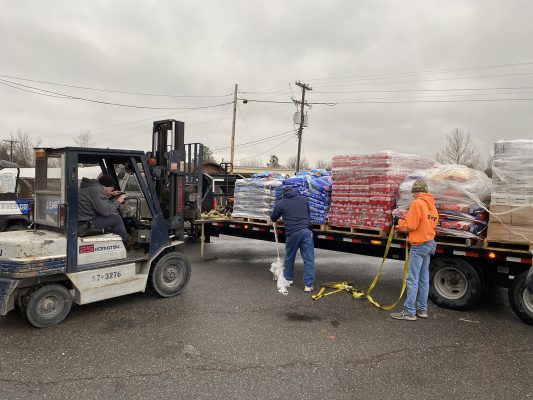 “We belong to a wide network of ag teachers and agricultural enthusiasts that ultimately had no physical way of giving, so they gave a monetary donation, trusting Jesse and the crew to purchase things on their behalf,” said Hintzsche.

Miller said he originally thought the response would fit in a few pick-up trucks, but donations reached a point where larger vehicles were needed to fit all of the supplies.

“The donation drive escalated beyond what I ever imagined,” said Miller. “We quickly got to a point where a semi and a 53-foot enclosed van trailer were going to be needed and beyond. I reached out to some contacts I had about borrowing such equipment and we (so many were involved with this) made it happen.”

Armed with an Illinois Commercial Driver’s License (CDL), Miller and others drove three large trucks, full of supplies collected through the effort, to Kentucky. The trip began in Peoria, IL Dec. 17, with a stop at 5 Star Water, owned by a community member in Miller’s school district, to add seven pallets of donated and reduced cost water to the truck.

The caravan moved to Manito, then to Pontiac to collect donations from the Midwest Central, Streator and Pontiac school districts and to organize the transport. 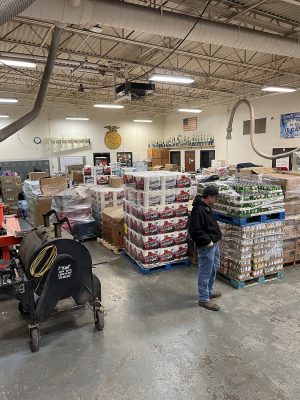 Faber said more than 90 donations of cash and other items were dropped off at the school in Pontiac. That total includes two FFA chapters who combined efforts and showed up with three vehicles filled with donations. A truckload of contributions was also delivered from Platteville, WI, and from local individuals and businesses.

“On Saturday morning, Dec. 18, the convoy of three loads departed for Mayfield, making stops on I-57 to collect items from other FFA Chapters, including Charleston, Sullivan, Olney and others,” said Miller. “We arrived at Graves County High School in the early evening and unloaded the three trucks of donated goods with Graves County High School administrator and former ag teacher Richard Horn, and agriculture teacher Kelvin Howard. We filled their shop with the donated items that came out of Illinois. Some of the pallets of water had to be stored outside for the evening because there was not room in their shop.”

After delivery of the donations, Horn took the volunteers on a driving tour of the devastation.

“I thought I was in a war zone – homes leveled, businesses in piles, streets barely clear enough to drive through,” said Miller. “The pictures I saw on social media throughout the previous week leading up to the trip were seen in person. Richard shared with us that 60-70 students and eight staffers lost their homes.”

Miller said a second trip to deliver donations is planned before school starts for the spring semester. He said local volunteers are waiting for confirmation from Mayfield about what specific items are needed. 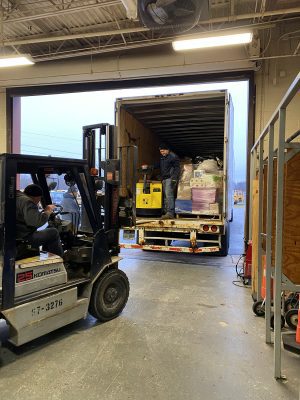 “I am very proud of my FFA officer team and school community of Midwest Central,” said Miller. “Their efforts contributed over $2,000 in monetary donations and three pallets of miscellaneous donated items. Before we departed to head back home, ag teacher Kelvin Howard, said it best by stating, ‘Tough times don’t last, but tough people do.'”

WIU School of Agriculture Director Andy Baker said he is extremely proud of the University’s agriculture alumni, who didn’t hesitate to react to a critical situation.

“Leatherneck Pride is everywhere, and we need to celebrate those Leathernecks who step up and take action at a moment of crisis,” said Baker. “Many hands make light work, and the Illinois Agricultural Education family stepped up to assist the Kentucky Agricultural Education family, which is facing a devastating crisis. I am very proud of our alums for being very proactive in this situation. I also want to thank all of those individuals that stepped up to donate to this cause and those who will continue to donate until the city of Mayfield is rebuilt. It is a truly proud moment for the Leatherneck Nation.”