Rock Island’s Circa ’21 Getting A ‘Clue’ This Weekend

With the latest production in the theatre’s stellar 2022 season, Circa ’21 Dinner Playhouse is inviting audiences to get a clue – literally – with the area debut of the slapstick comedy-thriller CLUE: THE MUSICAL. Running through Nov. 5, this hilarious whodunit is being presented by a topnotch team of professional artists and the show itself is a riotous whodunit that inspired the Maryland Theatre Guide to ask, “Who wouldn’t want to be immersed in a classic board game full of mystery and fun?”

CLUE: THE MUSICAL will be presented at Circa ’21 through Nov. 5, with performances on Wednesday, Friday and Saturday evenings at 7:30 p.m., Sundays at 5:30 p.m. and Wednesday matinées at 1:15 p.m. Pre-show entertainment featuring the theatre’s wait staff, the Bootleggers, also will precede all performances. Ticket prices are $58.55 for the evening dinner-and-show productions and $51.73 for the matinées.

Reservations are available through the Circa ’21 ticket office. For reservations, contact the theatre at 1828 3rd Ave. in Rock Island or by calling 309-786-7733 ext. 2.  For information on all upcoming shows and concerts, visit circa21.com. 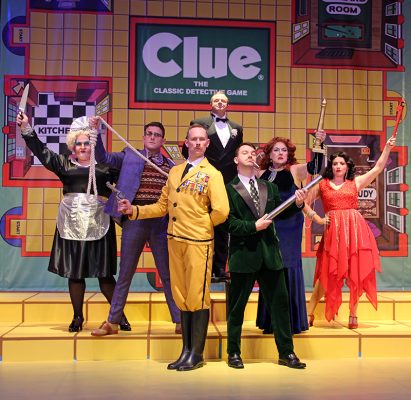 In CLUE: THE MUSICAL, the internationally popular game becomes a fun-filled musical that brings the world’s best-known suspects to life and invites the audience to help solve a trio of mysteries: Who killed Mr. Boddy? In what room? And with what weapon?

During the production, the audience receives forms to help them deduce the solutions from clues given throughout the madcap evening. Three audience members subsequently choose from cards representing the potential murderers, weapons, and rooms, with 216 possible solutions to choose from. Only one hard-nosed female detective, however, is qualified to unravel CLUE: THE MUSICAL’s merry mayhem. Comic antics, witty lyrics and a beguiling score carry the investigation from room to room and even after the culprit confesses, the audience has yet another surprise twist in store for them!

Directing CLUE: THE MUSICAL is longtime Circa ’21 favorite M. Seth Reines, whose most recent productions for the theatre have included “Kinky Boots,” “Singin’ in the Rain,” “Phantom” and “Spreading It Around.” The show’s dogged detective is played by fellow venue veteran Sydney Dexter from “Disenchanted!” and “Seussical,” with the six recognizably color-coded suspects including Olivia Bleak as Miss Scarlet, Jonathan Chisolm as Mrs. White, Kyle DeFauw as Mr. Green, Sam Forgie as Professor Plum, Regina Harbour as Mrs. Peacock, John Pickup as Colonel Mustard and Emmett Boedeker as the Piano Player. Meanwhile, frequent Circa ’21 performer Tristan Tapscott portrays the doomed Mr. Boddy and area favorite Ron May serves as CLUE’s musical director. 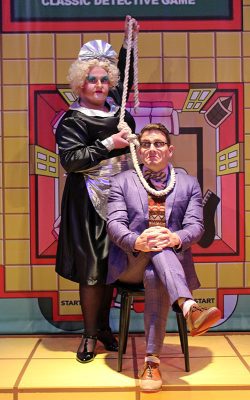 Circa ’21’s entire staff is thrilled to be continuing their 45th season with the Rock Island theatre’s debut of this hilarious, mysterious, melodious delight and urges audience members to make immediate reservations for what is sure to be a sensational autumnal smash. Call the Circa ’21 ticket office at 309-786-7733 ext. 2 for reservations and have a wonderful time guessing “Whodunnit?!” with the inspired entertainment of CLUE: THE MUSICAL! 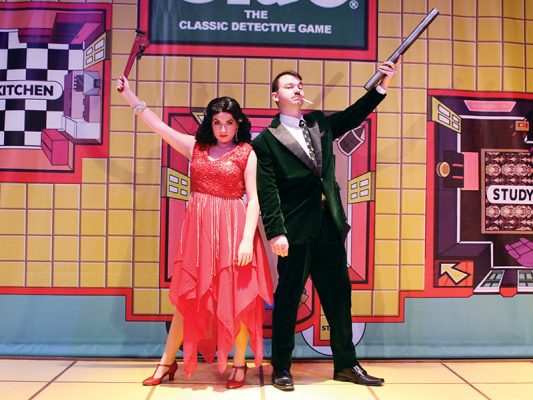 Advertisement
Tagged: Circa '21Circa 21 Dinner PlayhouseClue