Originating from Flint, Michigan in 1969, this top selling American rock group of the 70’s is “COMIN’ TO YOUR TOWN TO HELP YOU PARTY IT DOWN.” Grand Funk Railroad is extremely excited to be touring in 2022 marking a 53-year milestone. After playing to millions of fans on the band’s tours from 1996 to 2021, Grand Funk’s 2022 Tour will continue to reach both new and long-time fans.

Internationally acclaimed Grand Funk has toured the world, selling out in the U.S., Canada, Europe, Japan and South America. A 1971 performance at New York’s Shea Stadium sold out faster than the Beatles. The group’s widespread appeal is also evident in its prestigious recording achievements. Over their career, Grand Funk has had 19 charted singles, 8 Top 40 hits and two Number One singles (We’re an American Band and Locomotion, both selling more than one million each). The group has now accumulated 13 gold and 10 platinum records with record sales in excess of 25 million copies sold worldwide.

The multi-talented band carries on the tradition of Grand Funk hits and creates a new chapter in the legacy of Grand Funk Railroad. GFR drew 25,000 people to their Molson Canal Series Concert outside Buffalo 20,000 in Albany, New York, and 20,000 fans to downtown Orlando, Florida. EMI/Capitol (Universal Music) released a new Grand Funk Greatest Hits package that includes a bonus DVD of rare concert footage. Seasoned Grand Funk lovers and contemporary rock fans discovering the group for the first time will be able to celebrate on the road in 2022 with GRAND FUNK RAILROAD!

The Railroad will rock the Casino February 11, 2023 at 8pm! Tickets will be available online atrhythmcitycasino.com or at The Market at Rhythm City for $30, $40, $45, $50 and $60 plus applicable online/phone ticketing fee. All ages are welcome to attend. 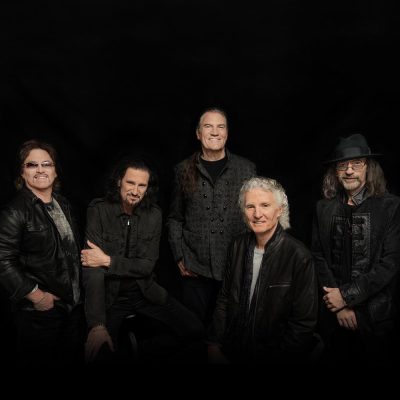