Home › Articles › Sports › Who Should Be The NBA MVP? The Answer Might Surprise You… (Hint: NOT LeBron!)

Who Should Be The NBA MVP? The Answer Might Surprise You… (Hint: NOT LeBron!)

We’re entering the home stretch of the NBA season and along with talk of playoffs and playoff seeding (more on that in days to come), here comes the speculation on post-season awards firing up.

The biggest award, of course, is the MVP trophy, which causes the greatest debates and in many ways generational rifts among sports fans. 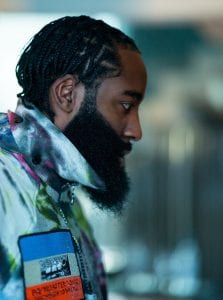 There’s a highly vocal contingent of mostly younger sports commentators who absolutely worship LeBron James, and their media companies make millions off of clickbait articles unreasonably and unfairly comparing him to Michael Jordan.

There is no comparison.

This is nothing against LeBron, who I think is a terrific player, and is a great off-the-court person and personality, it’s just that you really can’t compare the two players. They’ve played in different eras, they’ve had very different careers (Jordan playing for the same team and growing with that team and building it up into a contender; James jumping from super team to super team to play with other established stars), and their styles are very different. LeBron is much more of a Magic Johnson style player. He’s a facilitator with a big body who can also score. The more apt comparison to Jordan is Kobe — they’re both aggressively alpha scorers with similar personalities and styles.

But I digress to prove a point, that the media has been preoccupied with lauding LeBron for so long that they’ve become blind to the fact that his game has slipped. He’s gotten older, there’s no shame in that, it happens to every player. But if you watch as many NBA games as I do, and that means watching a LOT of Lakers games, because they’re on constantly, then if you’re looking at things objectively you have to see that LeBron has gotten slower, he’s taken more plays off, he’s not the same player he used to be. Sure, he’s still good and he still flashes signs of that talent, but he’s not the overwhelmingly dominant player he once was and therefore should not be in consideration for the MVP trophy as some commentators have deludedly and mistakenly put him. He shouldn’t even be in the top ten.

So, who should be, and why? 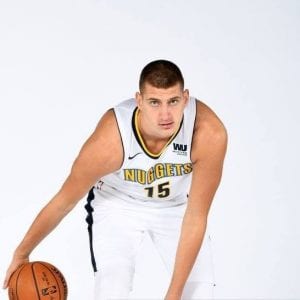 Glad you finally got around to asking! Quit talking about LeBron for clickbait!

10. Zach LaVine: The Bulls are still on the playoff bubble, but they’ve made major strides from the car wrecks of the last few seasons, and it’s largely due to the emergence of LaVine as a superstar. He does everything for the team, taking leadership, taking all the big shots, bringing the ball up and facilitating most of the time, and, up until the trade deadline when Chicago made a handful of fantastic moves to get more veteran leadership, LaVine was the unquestioned veteran leader of one of the youngest teams in the NBA. The Bulls should make it into the playoffs this year for the first time since Obama was president, and it’s going to be largely because LaVine has kept them in the conversation to get them to this point.

9. Stephen Curry: Curry has been remarkable on the court, as usual, now that he’s back and healthy, to lead a disjointed and young Warriors team that’s in the midst of an on-the-fly rebuild. Much like LaVine, Curry is unquestionably the man for Golden State, and has not only taken on that responsibility, he’s also kept the younger and rougher players upbeat with his ebullient personality and joy for the game.

8. Luka Doncic: Honestly, you want to talk about LeBron carrying teams? Who is the Kevin Love or Kyrie Irving for Luka Doncic? Who is the D-Wade or Chris Bosh? Hell, who’s the Dennis Schroeder or Montrezl Harrell? Dallas, aside from Doncic, is a terrible team of underachievers, not-much-achievers, and the oft-injured and inconsistent. Doncic is a remarkable talent, and deserves better. Here’s hoping Mark Cuban finally surrounds him with some decent players so he can finally get the credit he deserves. The fact that Dallas is a solid playoff seed with that craptastic roster tells you everything you need to know about how good Doncic is.

7. Giannis Antetokounmpo: Giannis likewise carries a team which would barely be on the playoff radar without him. He’s been stellar this year, although he started off slow, which put him behind in the MVP race a bit. Also, it’s tough to justify putting him in the top six over the guys I’ve got in there. He’ll probably get his third MVP at some point, and hopefully he gets a championship, which will be a mammoth 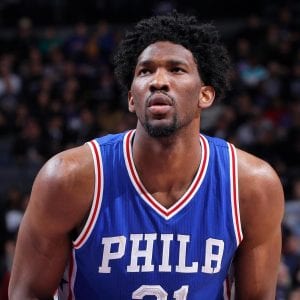 achievement given the Bucks’ decent but hardly awe-inspiring roster, but not this year.

6. Donovan Mitchell: How is this guy never mentioned in the MVP conversation by national commentators? I know he plays in Utah, and y’all don’t give a crap about the Jazz, but Jesus, what does he have to do? The Jazz have had the best record in the NBA, by far, all year, and Mitchell is the best player on the team, a terrific facilitator and alpha scorer. I’d have him higher, but the Jazz has more of a team game, and so it’s not as obvious in regard to Mitchell being the guy carrying the team. But still, give the guy some love already.

5. Devin Booker: Same here! Everything I said about Mitchell also applies to Booker. Yeah, there’s no questioning Chris Paul has been huge for the Suns, who only have the second-best record in the NBA, and have for most of the year. But if you watch the Suns, it’s obvious Booker is the man. Paul provides veteran presence and leadership, but Booker is typically the guy in the spotlight racking up the biggest shots, and he’s the ascendant star on the team. I’d put Paul around 11 or 12 if this list went out that far, but like LeBron, he’s showing his age, especially on defense (also like LeBron), and Booker is the one you’ve got to recognize for the Suns massive resurgence, which goes back to the bubble last year before Paul ever showed up.

4. James Harden: I find it very ironic that the same NBA commentators who drool all over LeBron, who hasn’t won big without assembling a team of stud players around him, crap all over James Harden for forcing a trade out of Houston, which was going nowhere. Harden has been phenomenal for the Nets, leading them and building team chemistry while Kyrie and Durant were injured. Harden’s most underrated aspect of his game is his ability as a facilitator, which should be apparent given that he’s leading the NBA in assists, but is often overshadowed by his transcendent scoring abilities. The Beard deserves some major recognition in the MVP rankings, and if it wasn’t for the fact that Durant and Kyrie are back and taking some of his shine, Harden would be higher on this list for me.

3. Joel Embiid: This is the guy I had at number one most of the season until he got hurt, and for good reason. Because I’ve watched a lot of 76ers games! All you had to do is watch more that a couple to see that Embiid was the MVP. Incredibly dominant player leading a very good team which wouldn’t be nearly as good without him. Embiid is a fantastic talent, and still might get the trophy, but the long time down 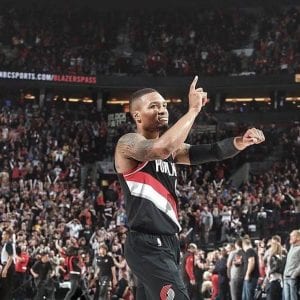 injured is going to dock him points. I’d still be happy seeing him get it though.

2. Nikola Jokic: He’s right there at the top, and I think he certainly deserves the MVP in my book, but my number one has done more to carry his team to its ranking. Jokic is a remarkable talent — a phenomenal passer for a big man, great shooting touch, just a terrific player. He looks gangly and awkward at times, but the guy just gets it done, and in many ways he’s a throwback to classic post centers who were good passers and would distribute from the post. But he can also hit the three, get boards, and play good defense. Right now I’d say Jokic is, deservedly, the guy who the national voters will give this award to this year, and I’ve got no problem with that. He’s 1B with me in terms of my ranking, but I can’t deny the pick I’ve held all season.

And there you have it.

Agree with me? Disagree? Leave your own picks, praise, complaints, and arguments in the comments.

Now, let’s enjoy the rest of the season and into the playoffs!