Home › Columns › Sean Leary › We Need Another Covid Stimulus Bill, For The Sake Of Small Businesses And The Arts

We Need Another Covid Stimulus Bill, For The Sake Of Small Businesses And The Arts

Today, negotiations are set to continue on another covid stimulus bill. Nancy Pelosi has said, to her credit, that she doesn’t want Congress to adjourn without another one. And, Steven Mnuchin, also to his credit, has seemed eager to likewise get a deal done.

And make no doubt about it, there NEEDS to be another deal. And it NEEDS to get done before Congress goes home for a month for the window dressing of campaigning for votes during a time in which they should be earning them by actually doing something for the people whom they claim to represent.

Recent numbers show as many as 60 percent of small businesses which have closed due to covid WILL NOT be reopening. That’s a lot of jobs and a lot of good people who have worked hard to accomplish the American dream falling by the wayside. And this isn’t just some nebulous theory or hollow verbiage I’m slinging.

You want examples? This week alone QuadCities.com ran stories on Billy Bob’s in Rock Island shutting down and yesterday we just ran a story on River Music Experience fundraising to help them stay afloat because they can’t hold shows until next spring at the earliest. TaxSlayer Center has been down for months, Circa ’21 barely survived but was really struggling, lots of other businesses locally and nationally — especially those in the arts and entertainment area — are hurting badly. The airline industry is completely boned if they don’t get help. The hospitality industry and restaurant industry are both in bad shape.

That’s a whole lot of people who are hard workers paying their taxes all these years and who are now being ignored and not being allowed to actually get something back from those taxes they paid. They’re not freeloaders, they’re people who paid into the system, and now the system is failing them.

THAT is why taxes are collected. THAT is why we have a federal government. To tackle the things that are too big for state and local governments. We pay taxes ostensibly to build up service structures to handle any crisis that’s too large to handle ourselves or to handle on the local level. It’s not to burn money in the bloviated military-industrial complex, to bail out the rich banks after they’ve pissed away their money every decade or so, or to prop up the stock market for the only 16 percent of Americans who own stocks, 85 percent of all stocks being owned by less than 10 percent of those who own them. It’s to help the average American who works hard and pays their taxes. 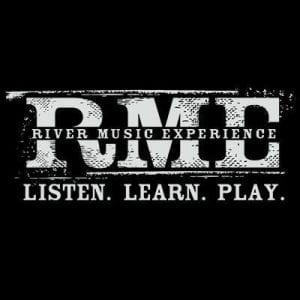 The River Music Experience is trying to raise $30,000 to help with costs this fall. The venue will be closed for live performances until at least spring of 2021. It’s one of many area venues that have been hit hard by covid-19.

And while you may be doing fine right now without the stimulus bill, keep in mind that we live in a symbiotic system. When a large number of people are NOT doing fine they don’t have the money to spend that builds up sales tax revenue, which gives states and municipalities income, and when they don’t have that income, they have to raise property taxes and other taxes to make up the shortfall. So you end up getting hit indirectly.

Look at Rock Island. As Mayor Mike Thoms has repeatedly mentioned, it’s been a decline in the number of businesses in Rock Island County that’s led to the shortfall of revenue that has necessitated the annual rises in property taxes. Want to see that on a national level? Just watch as the government lets small businesses continue to fail, and turns its back as the people really driving the economy — the middle class — don’t have the disposable income to support those businesses that remain. When you stimulate the economy by helping the middle class/working class, that money gets spent and used to help build and keep the economy pumping. It goes to rents, mortgages, bills, and discretionary spending to local businesses.

Hopefully, the government realizes this and passes another stimulus bill. Today is a crucial day, as Pelosi and Mnuchin have been saying they’re trying to work out a deal, and Pelosi has signaled that she’ll lead the Democratic House to vote on one today or tomorrow at the latest.

Hopefully, the deal gets done, and moves swiftly to help those in need, because there are far more people than you think that are in need, and if they’re not helped, the economic collapse that’s sure to follow is going to drag everyone — not just the arts scene, the bars, the small businesses, but everyone — down with it.

Sean Leary
Sean Leary is an author, director, artist, musician, producer and entrepreneur who has been writing professionally since debuting at age 11 in the pages of the Comics Buyers Guide. An honors graduate of the University of Southern California masters program, he has written over 50 books including the best-sellers The Arimathean, Every Number is Lucky to Someone and We Are All Characters.
See More Articles From Sean Leary
Tagged: arts scenebilly bobscovid-19 stimuluslocal artsMike Thomsnancy pelosiRiver Music ExperienceSean LearySean Leary columnsteven mnuchin