UPDATED: Though the Mississippi Valley Blues Society (MVBS) in 2020 had to cancel its annual blues festival and Blues in the 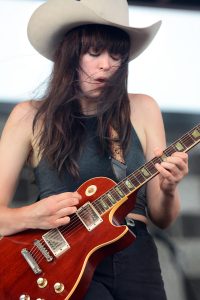 The completely volunteer-run nonprofit organization, founded in 1984, completely revamped its website, mvbs.org – with much more content than before. It’s also returning to Davenport’s LeClaire Park (later this year than usual), Sept. 17-18, with its signature event, the Mississippi Valley Blues Festival.

Kevin Burt and Hal Reed discuss the roots of the blues in one of the education videos on the revamped MVBS website.

The site also has a store with MVBS merchandise, including posters from past blues festivals.

“That’s kind of how we spent our pandemic vacation,” MVBS president Bob Clevenstine of Rock Island said Monday. “We couldn’t put any artists out there. We didn’t have a way of streaming anything with our old website. We realized that we were kind of stuck in the analog world up until early 2020 and we pivoted because obviously things were changing throughout the whole year.

“In 2020, we decided to start digitizing our analog assets,” he said, noting several old VHS tapes from past festivals and events were converted to digital. The site also includes many interviews with blues artists and documentaries, including a half-hour one done by WQPT

The revamped society website, mvbs.org, includes a huge video archive and calendar of upcoming blues events in the Q-C.

on the society’s 35 years of festivals.

Clevenstine said Pixouls did “an awesome job” on the website redesign and development.

“We’ve got a marketing and communications committee and they worked through a lot of stuff with them. I had to go digging around and find all these old tapes we’ve had sitting around for 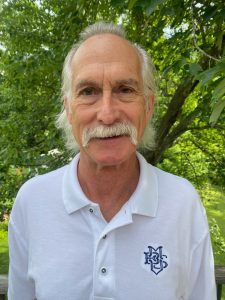 Bob Clevenstine of Rock Island is president of the Mississippi Valley Blues Society.

years and unfortunately we don’t have all of them,” he said. “I mean literally we had tape with mold on it. So, I think we’ve salvaged what we can and we’re putting the content up on the website as it becomes available, digitally.”

Clevenstine has been an MVBS lifetime member for many years, and stepped up his involvement in 2015, when the society crashed for lack of funding and canceled that year’s Blues Fest.

Much more than just Blues Fest

The MVBS put on its first Blues Festival in LeClaire Park in July 1985, and it’s been honored by the National Blues Foundation as the Best Blues Society in the country three times – in 1988, 1993 and 2014.

Clevenstine said the website update was vital in part to improve the society outreach and public awareness in the Quad-Cities. 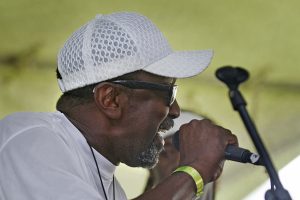 Hal Reed performing at the 2019 Mississippi Valley Blues Festival at The Bend in East Moline.

“Because I’m not sure everybody totally appreciates us for everything we do outside of the festival,” he said. “That’s what we’re primarily known for, but we have a great education program. Another thing we did during the pandemic was developed some educational materials to serve online, and we’ve had a response from over 30 states, Ireland, England, New Zealand — from educators looking for our video material with Hal Reed, Kevin Burt and Robert Jones.

“We got a lot of great feedback from instructors from all over the world as well as all over the country for our educational materials, which are provided free,” Clevenstine said.

The MVBS has “one of the most active Blues Education programs of any Blues society in the United States,” the website says, noting each year, MVBS plans and coordinates four to nine weeks of Blues in the Schools.

A typical week-long residency includes 10-12 performances and workshops in schools, libraries, and/or community centers in the Q-C and 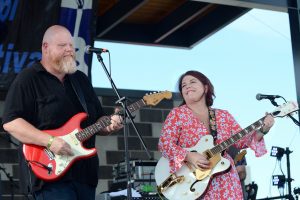 surrounding areas. Each artist also provides an open-to-the-public presentation for all ages. All performances are free and expose a wide array of the community to the rich history, heritage, and sounds of blues music.

“We reach several thousand students every year off that program,” Clevenstine said Monday. “And it’s one of those things that like a lot of people, a lot of folks, even our city partners still just kind of refer to us as the Mississippi Valley Blues Fest rather than the Mississippi Valley Blues Society. And we’re always trying to correct that — the fest is a primary annual fundraising event, that allows us to do all the other aspects of our mission.

Last year, it updated the website to offer several educational videos for schools to use, and this fall it plans to return to in-person programming, Clevenstine said.

Years of a wandering fest

Its last blues fest was in July 2019, at the River Bend Park at The Bend, East Moline. 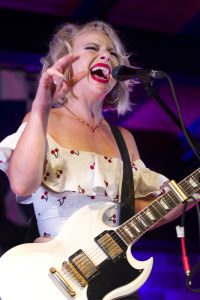 LeClaire Park has been the primary home of the Blues Fest since its inception in 1985. In 1994 and 1995, the fest was held in Moline along the Mississippi River where the Western Illinois University campus is today.

The MVBS presented the annual festival around the July 4 weekend every year until 2015, when financial challenges forced the cancellation of the event. It had been scheduled to take place Sept. 5-6, 2015, at LeClaire 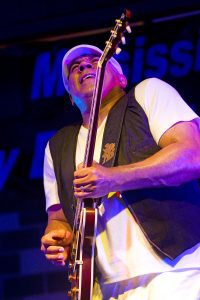 Park, away from its traditional July dates to avoid the possibility of flooding along the river.

In 2014, the Blues Fest earned a Keeping the Blues Alive Award from the Blues Foundation in Memphis for Best U.S. Festival. The MVBS endurance in overcoming many years of relocating the festival due to flooding was stated as one of the main reasons for the award.

The society wanted this year’s fest back in LeClaire Park, not only for the beautiful riverfront setting, but also to avoid the extra costs every time they move – for things like stage lights, sound systems, etc., Clevenstine said. 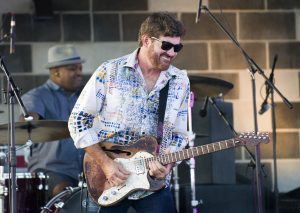 Tab Benoit (pictured at the 2019 Blues Fest) will return to the Q-C Aug. 12 at the Rhythm City Casino Event Center, Davenport.

the river forecast,” he said, noting they wanted to go later this year also to avoid possible flooding.

“We decided to keep it at LeClaire Park because that’s really our anchor. It’s kind of our historic location, with music on there at the bandshell,” Clevenstine said. “It’s just fantastic.”

They chose September because the area was booked for many events over the summer.

“What we found this year, because everybody canceled everything in 2020 and everybody’s trying to pack everything back in 2021, we are now facing some competition from different events around here,” he said.

“We started back in ’85 and there were few things going on around the Quad-Cities on the 4th of July weekend,” Clevenstine said. “And since then all kinds of other fests and community activities propped up over the years and kind of populated around us.”

The Mississippi Valley Blues Festival is scheduled for Sept. 17-18 at LeClaire Park.

The Blues Fest has been on the same weekend as the annual Red, White and Boom in some past years, but MVBS wanted to be separate this year, he said. The main viewing areas for the July 3 Red, White and Boom fireworks will be Modern Woodmen Park, Davenport, and Schwiebert Riverfront Park, Rock Island. The River Bandits will have home games over Blues Fest weekend, Sept. 17-18, so postgame fireworks will be going off behind LeClaire Park then, Clevenstine said.

“For the past 35-plus years, the Mississippi Valley Blues Society has continued to bring both national and regional blues legends and rising stars to the historic LeClaire Park bandshell in downtown Davenport,” Clevenstine said. “We are extremely honored and excited to offer an amazing group of award-winning blues artists for 2021.”

The Blues Fest will overlap on Saturday, Sept. 18 with the first day of the Quad City Arts Riverssance Festival of Fine Art, at Lindsay Park, the Village of East Davenport. Riverssance will end at 5 p.m. that day, while the blues music will go into the evening.

“I think we might be actually kind of complementary to that,” Clevenstine said. “I think our biggest hurdle this year, the Palmer School of Chiropractic is having their alumni event and there’s another, I think a Legion convention is going on downtown, so those sucked up all the hotel rooms before we got ours booked.”

“While we all do our best to not compete with one another, there are only so many weekends in a year that allow for outside events, so these things happen,” Kevin Maynard, Executive Director of Quad City Arts said Monday.

“I am a firm believer that more arts events draws out more arts supporters, so I look forward to seeing people from blues fest at Riverssance and vice versa,” he said.

One of the 2019 Blues Fest headliners – Louisiana guitarist and singer Tab Benoit – will perform at Davenport’s Rhythm City Casino Event Center on Thursday, Aug. 12 at 8:30 p.m.  Tickets for Benoit and the Whiskey Bayou Revue are $25 and $35, available HERE.

To become a member of MVBS – which includes 15% off the entire store, complete access to the video vault archive, exclusive discounts with partners, discounts to events, and a member collectible monogram pin – visit www.mvbs.org/become-a-member.

Jonathan Turner
Jonathan Turner has been covering the Quad-Cities arts scene for 25 years, first as a reporter with the Dispatch and Rock Island Argus, and then as a reporter with the Quad City Times. Jonathan is also an accomplished actor and musician who has been seen frequently on local theater stages, including the Bucktown Revue and Black Box Theatre.
See More Articles From Jonathan Turner
Tagged: a journey of the bluesavey grouws bandblueskoolbob clevenstineEast MolineHal ReedLeClaire ParkMississippi Valley Blues FestMississippi Valley Blues SocietypixoulsRhythm City Casinoriver bend parkronnie baker brookssamantha fishtab benoitThe Bend