Home » Articles » Theatre » The Sun Will Come Out At Music Guild

The Sun Will Come Out At Music Guild

Quad City Music Guild is proud to announce the addition of the musical “Annie” to its 2017 Season. “Annie” will fill the slot of the Holiday show with performances beginning on November 29 running thru December 3rd. The Holiday show usually runs Thursday thru Sunday only, so please note the addition of a Wednesday evening performance on November 29th.

“Annie” is the winner of 7 Tony Awards including Best Musical. It is based upon the popular Harold Gray comic strip Little Orphan Annie. Annie is taken from her orphanage, and the clutches of evil Miss Hannigan, to stay at billionaire Oliver Warbuck’s mansion for the holidays. When Annie wins the hearts of Warbucks and his staff, they set out on an epic mission to find Annie’s parents.

Meanwhile, Miss Hannigan, in partnership with her brother Rooster and his girlfriend Lily, attempt to make some money out of this unique situation. The stories become intertwined as the lovable Annie’s story hits the national spotlight. With music by Charles Strouse, lyrics by Martin Charnin, and the book by Thomas Meehan. The original Broadway production opened in 1977 and ran for nearly six years. It spawned numerous productions in many countries, as well as national tours. The musical’s songs “Tomorrow” “Easy Street”, “You’re Never Fully Dressed Without a Smile” and “It’s the Hard Knock Life” are among its most popular musical numbers.

Announcement of auditions and staff applications are forthcoming on the Music Guild website, www.qcmusicguild.com. 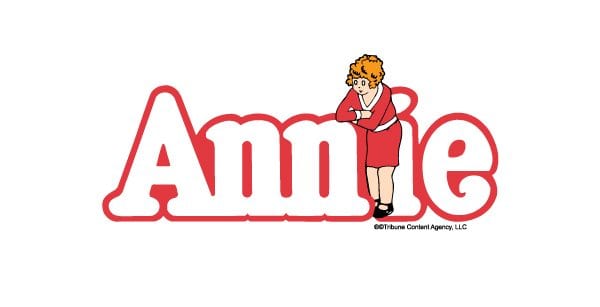 Sean Leary
Sean Leary is an author, director, artist, musician, producer and entrepreneur who has been writing professionally since debuting at age 11 in the pages of the Comics Buyers Guide. An honors graduate of the University of Southern California masters program, he has written over 50 books including the best-sellers The Arimathean, Every Number is Lucky to Someone and We Are All Characters.
See More Articles From Sean Leary
Tagged: AnnieLittle Orphan Annielocal theaterMolineMusic GuildProspect ParkQuad City Music Guild