It’s Monday. The weather over the last week has sucked. Covid and 2020 suck. And in general you’re feeling like a loser. 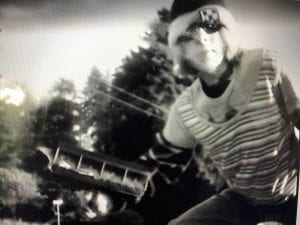 Well, DO WE HAVE THE VIDEO FOR YOU!

There are certain videos and songs that are undeniably, indelibly, of their time, and today’s video is one of them. If you were putting together a time capsule of the early ’90s and Generation X (of which I’m a member, so I have a certain affinity), this video would be in there. The song, artist, and video so perfectly encapsulate the slacker smartass ethic of Gen X, even more so than Nirvana’s “Smells Like Teen Spirit,” which is saying something.

The song came out of nowhere in1993, released on the auspiciously named independent record label Bong Load Custom Records , and sounded so distinct, unique, and cool, that it got the artist picked up by Geffen Records, which was, like every other major label, looking to sign anyone with a goatee and an attitude. But this time they got it right, and signed a guy that’s arguably proven himself to be a musical genius in the ensuing three decades, at least as much as anyone can claim to be such.

The song seems ubiquitous to the era now, and was such an iconic tune that most assume it went to number one, but it didn’t. It had a slow climb, eventually hitting the top 10 on the US Billboard Hot 100 in April 1994, and did well internationally, reaching number one in Norway 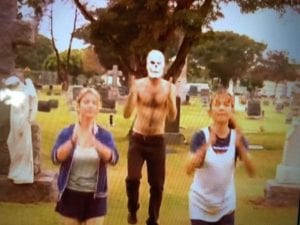 and the top 10 in Australia, Austria, Canada, Iceland, New Zealand and Sweden. But mostly the song is recognized for its iconic nature in symbolizing the ’90s and Gen X, and for opening the door to the artist behind it, who likewise became an iconic performer.

The song I’m talking about, of course, is “Loser,” by Beck.

As for the video, it was directed by Beck’s friend Steve Hanft, and in a time of million-dollar clips for Michael Jackson and others, it had a whopping budget of $14,300. The vid was shot across California, including Rothrock’s Humboldt County studio and backyard and the Santa Monica graveyard. Beck said the video is totally random, and they were “fucking around” when they made it. He told Option in 1994, “We weren’t making anything slick – it was deliberately crude. You know?”

The coffins in the video were borrowed from a local drama school, and built by Beck and Hanft. The video also contained random clips from Hanft’s 1991 Cal Arts, MFA thesis film, “Kill the Moonlight”, about a loser stock car racer, are also included in the video and song. The moment where Beck is wearing a storm trooper mask is often censored for copyright reasons.

Oh, and as an aside, as my Spanish-speaking friend Lor’e Postman once pointed out to me, the catchy chorus of “soy un perdidor” means “I am one who loses,” rather than the more literal “I’m a loser.” Thanks, Postman!

And here ya go, you are one who wins, this week, by getting treated so such an awesome song and video, “Loser,” by Beck…

Sean Leary
Sean Leary is an author, director, artist, musician, producer and entrepreneur who has been writing professionally since debuting at age 11 in the pages of the Comics Buyers Guide. An honors graduate of the University of Southern California masters program, he has written over 50 books including the best-sellers The Arimathean, Every Number is Lucky to Someone and We Are All Characters.
See More Articles From Sean Leary
Tagged: beckbeck loserlosermusic videosvideo you deserve