You can see all the Best Picture Oscar nominees – and some of the films nominated for Best Shorts – this week at the Davenport Cinemark multiplex (3601 E. 53rd St.), for a discounted price. 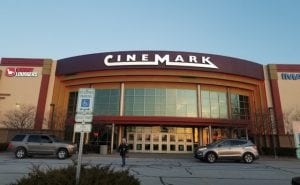 The nationwide movie-theater chain is offering its annual Oscar Movie Week in partnership with Focus Features. Tickets are now on sale now at Cinemark.com or on the Cinemark app. Face masks are required in all theaters.

“Cinemark is thrilled to be giving the big screen treatment to the past year’s best films and to bring back one of our most popular programs of the year with our annual Oscar Movie Week,” said Justin McDaniel, Cinemark senior vice president of global content strategy. “These films and shorts deserve nothing less than the cinematic experience, and there is no place more cinematic than Cinemark with our immersive viewing environment. We are happy to welcome moviegoers back for this time-honored tradition.”

Through Sunday, April 25, movie lovers can pick and choose the films they would like to see, whether just a few or Cinemark’s entire Oscar Movie Week offering. Feature-length Best Picture nominees will be $5 for each film. Movie enthusiasts looking to just catch the shorts can purchase a $10 ticket to see all shorts between April 23 and April 25. 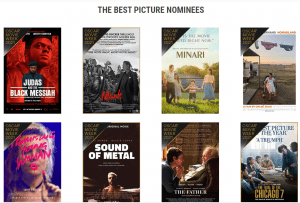 The 93rd-annual Academy Awards will be broadcast Sunday, April 25 on ABC.

The eight 2021 Best Picture nominees are:

JUDAS AND THE BLACK MESSIAH

THE TRIAL OF THE CHICAGO 7 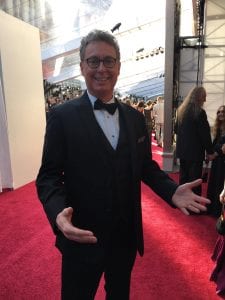 For the full list of nominees included in the festival and to see showtimes and purchase tickets, visit Cinemark.com/movieweek.

The list of Oscar-nominated short films is at https://shorts.tv/theoscarshorts/

St. Ambrose University music professor Bill Campbell played a role in one of Oscar nominees. The 2020 documentary for which he wrote music, “Hunger Ward,” is among five 93rd-annual Academy Award nominees for Best Documentary, Short Subject.

Campbell was among the film crew that attended the 91st-annual Oscars ceremony in Los Angeles, in February 2019, when the second film in the refugee trilogy, “Lifeboat” (2018), was nominated in the same category.

“The movies that are nominated for the Documentary Short are really — all of them – absolutely amazing films,” he said last month. “So to have the film that I’m part of be on that list is really an honor.”

In February, the 40-minute “Hunger Ward” (about the humanitarian crisis in the Middle Eastern country 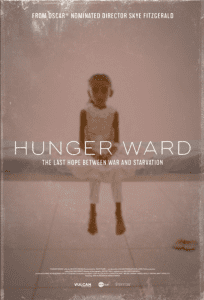 “Hunger Ward,” about the humanitarian food crisis in Yemen, is nominated for 2021 Best Documentary Short Subject.

of Yemen) was named to the Oscar shortlist in the category — 10 films, out of 114 that qualified. Of the final five nominees, the films are varied, Campbell said.

Besides “Hunger Ward” (directed by Skye Fitzgerald and produced by Michael Scheuerman), they are:

“There are stories that tell a personal view, really interpersonal relationships. There are stories that tell of international struggle and are quietly demanding for justice,” Campbell said of the other short films. “There’s stories about, just about everything in there. It’s really, really quite amazing and some new ways of doing things, too. So there’s some filmmakers that are kind of taking different approaches to things, and that’s really cool.”

For all details on Oscar Movie Week at Cinemark Davenport 53rd 18 + IMAX,  visit www.cinemark.com/theatres/ia-davenport/davenport-53rd-18-imax or Cinemark.com/movieweek.

Jonathan Turner
Jonathan Turner has been covering the Quad-Cities arts scene for 25 years, first as a reporter with the Dispatch and Rock Island Argus, and then as a reporter with the Quad City Times. Jonathan is also an accomplished actor and musician who has been seen frequently on local theater stages, including the Bucktown Revue and Black Box Theatre.
See More Articles From Jonathan Turner
Tagged: Academy Awardscinemark multiplexcinemark theatersdavenport cinemarkoscar nominated filmsOscarsquadcities movie theaters