“If you work in the media, you’re going to get fired.”

My college Journalism 101 teacher said that to our eager group of 18-year-olds on my first day in his class.

Great way to introduce us to his curriculum, and the business, right?

He told us it wasn’t meant to be a cautionary statement, merely a pragmatic one. That’s the business. That’s media. Ownership changes, management changes, budgets get cut, formats and directions get shifted, and the people in the trenches are the ones who are usually set loose. You have to have a thick skin, a backup plan, and the ability not to take it too personally, because usually it isn’t. Usually it’s just business.

Unfortunately, lately, business has not been good.

Especially for daily newspapers and radio stations nationwide over the past decade and particularly during the time of covid.

And certainly not for those in the Quad-Cities this year.

As I wrote about in January, when Jim Fisher, and several others, were fired, radio in the area has basically lost the ability to call itself a “local” media, slicing its staffing down to the bare minimum and replacing it with syndicated programming.

But it’s not just radio. It’s all media, which has been impacted by an increasingly corporate environment driven by a national rather than local focus, that prioritizes overall company profits over the needs of the individual communities in which it has outlets. 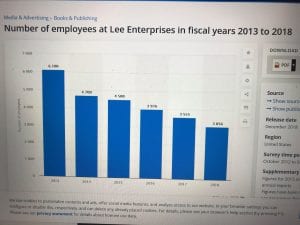 At this point, I’ve worked in the media since I was 11 years old, when I began writing for newspapers and magazines nationwide. I went on to work for more than a dozen radio and television stations, first around my native Chicago and Los Angeles, and then here in the Quad-Cities and beyond.

And yeah, I’ve been fired. Or, rather, let go, laid off, downsized, or whatever euphemism they’ve used for getting canned.

It’s part and parcel of working in this business.

And it’s one that’s become all-too-common this year if you’re working for, or perhaps not working for as the case may be, Lee Enterprises.

The owner of the local Quad City Times and the Newspaper Formerly Known As The Dispatch And Rock Island Argus (but which is now basically the exact same paper as the Times only with a different masthead) is now the fourth largest owner of newspapers in the United States, according to the Lee Wikipedia page. Lee has an august and storied history, founded 130 years ago, in 1890, by Alfred Wilson Lee, and along with formerly-Small Newspaper Group-owned The Dispatch and Rock Island Argus, were not that long ago part of a vibrant and bustling local newspaper market. During the halcyon days of the 1990s and into the mid-late 2000s, the market was served by the dailies the Times, the Argus, and the Dispatch, as well as major weeklies the Leader, Bettendorf News, and the North Scott Press. And that’s not mentioning the television stations, or the fact that during that same era there were far more locally-produced radio programs on the airwaves.  The result was a robust cornucopia of communication in the market and a well-informed and in-tune population. If something happened in the area, you undoubtedly knew about it, because at least one, more than likely several, of those outlets were covering it. 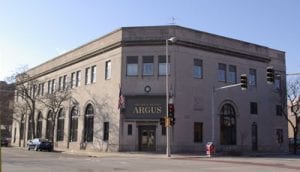 The Rock Island Argus building was once a bustling hive of activity and home to a thriving media outlet. In 2008, it closed its doors.

However, those days seem very long ago, as most of those publications are gone, and Lee has fired more than half of their employees over the past seven years. The amount, scope, and depth of news coverage and information available in this area has severely declined.

That number of people employed is likely going to be even lower once it gets updated at the close of 2020, because this year, and particularly this month, has not been kind for many good folks at the Times, who have been fired and “retired,” many after several decades of service.

I certainly know how they feel. In 2008, the Rock Island Argus building closed down, moving all its employees to the Moline Dispatch office. Between 2008 and 2009 they let go roughly 100 people, and I was one of them. A decade later, in spring of 2018, after seven years with Lee Enterprises’ newspapers the Quad City Times, Bettendorf News, and Muscatine Journal, I was cut again, along with about a dozen other people at the time.

Since then, it’s been a sad ritual at the end of each financial quarter. About every three months, more layoffs. More cutbacks.

Earlier this year, Jonathan Turner was let go, and we are very fortunate to have had him join us on our team at QuadCities.com. He was one of many in the spring. Then there were a few more in the early summer. And now, more in the fall. This past September has featured some of the biggest losses for the Times. My very good friend Linda Cook left after 35 years at the Times to pursue another opportunity. John Marx also left to pursue another job, likewise after 35 years. Several other long-time employees like Jennifer DeWitt and Laura Anderson Shaw 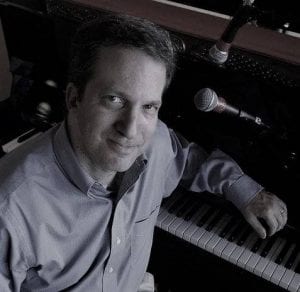 We at QuadCities.com are fortunate to have Jonathan Turner on our team after he was cut loose by the Times earlier this year.

were fired or retired.

Resnick had announced her retirement a few weeks ago, planning to bid farewell on Jan. 1. She only had a few months left. Instead, she was fired in late September. After 48 years of service.

Imagine that. Imagine pouring almost half a century of your life into a job. Putting that much time, that much energy, that much of your existence into a business.

Then you get to the end. You’ve earned your retirement. You make plans and announce you’re going to leave. And you’re not even allowed, after almost five decades, to go out on your own terms. You’re kicked out a couple months shy to save the company a few thousand dollars in salary.

But, as my journalism professor once said, that’s the media. And it’s something that’s been accelerated at an incredible rate over the last decade for a variety of reasons, and pushed to an even more disturbing level this year during the covid pandemic as the real economy — as opposed to the artificially-inflated numbers of the stock market — has crashed.

However, it’s not just the media. Not anymore.

It’s the entire communications industry, and the vast majority of entertainment, arts and leisure organizations, which are struggling and dying after being blasted by covid. 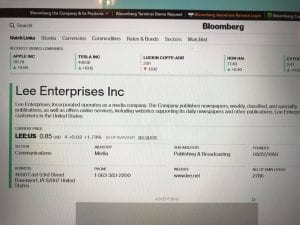 It’s small businesses nationwide, many of which have had to close permanently due to the pandemic. It’s Disney laying off 28,000 employees. It’s local teams like the River Bandits, Steamwheelers, and Storm having to cancel their seasons. It’s the TaxSlayer and other venues canceling their shows and events. It’s dance clubs and bars like Billy Bob’s shutting down for good. It’s places like Circa ’21 and The Rust Belt and others barely hanging on.

It’s gig workers, and teachers, and actors, and performing artists of all types. Struggling. Trying to get by. Not knowing what’s going to happen next.

This has been an especially brutal year in that regard.

Which is why it’s all the more important for the government to take it seriously.

Politicians from both parties need to step up for the people they’ve been elected to represent.

These aren’t people looking for “free stuff,” as so many ignorant and cruel commentators have accused from their perches of privilege.

These are people who have paid taxes, who have had their money taken by the government ostensibly to provide these types of services when they need them. That’s what tax money is for. That’s why we’re taxed. To provide funding for such services so that they’re there if we ever need them.

And at this point, a lot of people are very much in need of them.

Billy Bob’s in Rock Island closed its doors this week due to business losses incurred due to the covid pandemic.

We haven’t been immune. We at QuadCities.com have certainly been hit hard by the pandemic, as all media companies have. Fortunately, we’ve been able to stay afloat, and have continued to provide quality features and coverage of the area arts and entertainment scene, but it hasn’t been a smooth ride, and we’ve had to take actions bracing for the road ahead. And at this point that’s crucial. Not only for our business, but to ensure a better informed and educated public.

It’s crucial to have an active and thriving local media. The public needs to be informed on what’s going on, whether it’s governmental news, updates on the pandemic, or any other of a variety of important topics.

It’s likewise crucial to have the arts and entertainment scene — and, as we at QuadCities.com strive to provide, active and thriving coverage of that scene to support it. What would you do without local concerts, local theater, local sporting events, events for the family, outdoor events, not to mention movies, TV, books, music, digital shows, live music, performing arts and media? How would you relate to the world, find out about the world, be a part of the world beyond that right in front of you? How would you find escape when that world is far from ideal?

And at this point it’s pretty far from ideal.

Unemployment numbers are at record highs. One in ten people are unemployed. An average of 850,000 per week filed for unemployment in September. In JUST THE LAST 24 HOURS, over 70,000 people have been laid off, including workers from Disney, American Airlines, United Airlines, and more.

Many people have been let go. Many are taking unpaid furloughs. Many are left waiting, on hold, until the pandemic finally passes, and with numbers of the infected and dying beginning to rise in many states and overseas, and scientists predicting a second wave of covid in the fall and winter as temperatures drop and more people are stuck inside, there’s a sinking feeling that we’re seeing the history of earlier this year repeat itself.

It’s not going to be good.

“If you work in the media, you’re going to get fired.”

If you work in any field, at this point, the same thing could be said.

And the more it’s said, the more it happens, the more dangerous it is for our economy, our collective outlook as a society, and our world.

And the more it’s said in the media, the fewer people will be around to inform us about just how ominous it’s becoming, and to give us hope about how we can get through.

Sean Leary
Sean Leary is an author, director, artist, musician, producer and entrepreneur who has been writing professionally since debuting at age 11 in the pages of the Comics Buyers Guide. An honors graduate of the University of Southern California masters program, he has written over 50 books including the best-sellers The Arimathean, Every Number is Lucky to Someone and We Are All Characters.
See More Articles From Sean Leary
Tagged: columnscoronaviruscovid-19johnny marxJonathan TurnerLinda Cooklucinda reznickmedia firingsQC TimesQuad City TimesSean Leary