If you tune in to the Food Network TONIGHT, you might see a familiar face!

Quad-Cities teenager Trey Gordon will be competing at 8 p.m., as the Davenport 13-year-old will be a contestant on the Food Network’s Kids’ Baking Championship! 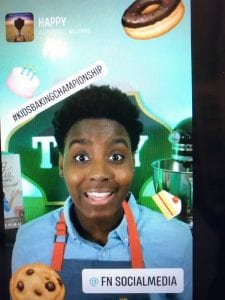 Trey Gordon makes his announcement about being on Food Network’s Kids Baking Championship.

Trey shared the awesome news on his Facebook page, saying, “I have a huge announcement! I am so excited I’m able to tell you guys this.  I am going to be on Kids Baking Championship, season nine, with Food Network. Tune in on December 28 for a two-episode premiere!”

You can check out a preview video of Trey’s episode here. 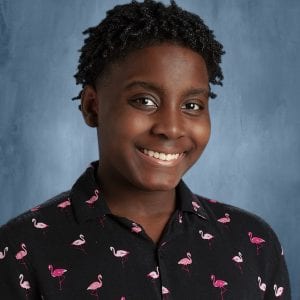 Even at a young age, Trey has had a distinguished career in the arts and other pursuits.

He’s been on stage as an actor at Circa ’21, Davenport Junior Theater and various other local theaters and has been a dancer with Ballet Quad Cities, playing the prince in “The Nutcracker” in 2019.

He’s also engaged in a number of local charitable events for his schools, including arts events for his former school Rock Island Math and Science and for his current school, Creative Arts Academy.

On a personal note, I coached Trey in soccer in 2012 (as part of the 7-0 championship-winning Rock Island Ice Dragons! lol) and he was a good friend of my son, Jackson. He’s also a heck of a soccer player!

Trey has always been a great kid, and his talent is taking him to some terrific places. We wish him the best of luck on the competition and hope he has a fun time on Food Network!

Sean Leary
Sean Leary is an author, director, artist, musician, producer and entrepreneur who has been writing professionally since debuting at age 11 in the pages of the Comics Buyers Guide. An honors graduate of the University of Southern California masters program, he has written over 50 books including the best-sellers The Arimathean, Every Number is Lucky to Someone and We Are All Characters.
See More Articles From Sean Leary
Tagged: actingballetBallet Quad-CitiesCirca '21Davenport Junior Theaterfoodfood networkfood network kids championshipkidsrock island ice dragonssoccertrey gordon