Tim Heyvaert, of Erie, Ill., was just 57 when he died Feb. 21, 2016, after a long battle with various medical conditions. His son Wyatt – as he’s done in past years – will lead his band in a memorial tribute, this year in a new venue. 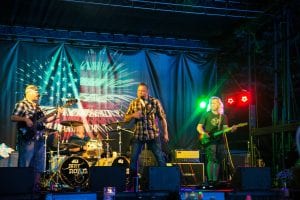 The Q-C country band Dirt Road Rockers will perform Saturday, April 24 at 9:30 p.m., with other musicians invited to join, at Harley Corin’s, 1708 State St., Bettendorf. In 2017-18, the memorial event was at KJ’s Bar and Grill in Morrison, Ill., and after outgrowing that, moved in 2019 to Kingpin’s Saloon in Fulton (which attracted 400 people) and couldn’t be held last year due to Covid-19.

Wyatt Heyvaert – the 41-year-old police chief of Albany, Ill. – said this Saturday’s gig has no cover charge, but donations are typically collected to support a charitable cause. One year, they raised money for his dad’s church in Erie, and another for JDRF – the leading organization supporting Type 1 diabetes research.

“He had heart complications, 23 stents at his passing,” Wyatt said Monday. “He had kidney issues, was on dialysis in later years. He was always a good guy to be around, as genuine as they come.” 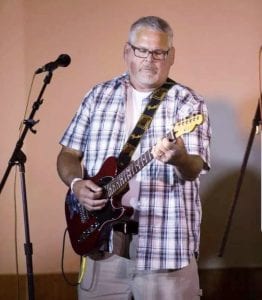 Tim – who had diabetes for over 50 years – was known for his love of racing and music. He raced many dirt tracks throughout the Midwest, competing in both the open-wheel modified and late model race car divisions. Tim could also be seen on stages around the Midwest in venues and festivals involving live music.

He played guitar and sang in many bands, most notably Harlequin, Kwik Trik, Code Blue, Sleepin’ on the Couch and special guest appearances with the Dirt Road Rockers.

“Being able to grow up watch him play was an amazing thing,” Wyatt said. “We shared a lot of memories.”

Wyatt and Tim played in the band Sleepin’ On the Couch together (named by Wyatt’s brother Jason) from 2002 to 2010, and the next year, Wyatt formed Dirt Road Rockers, in tribute to his family’s corn and soybean farm in Erie. 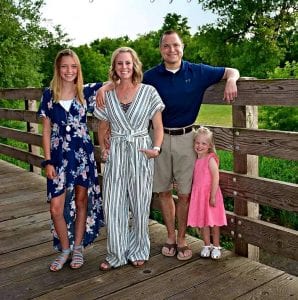 “My grandfather farmed in Erie many years, and when he got older, my dad took over,” Wyatt said. “There is a lane behind my father’s house in Erie, a dirt road. It had a lot of memories generated around my childhood, and it just inspired the band name.”

Before Covid, they usually played 80 to 100 gigs a year, from northern Wisconsin to Key West, Fla., with gigs in between in Branson, Mo., and Oklahoma, typically in the Q-C every six weeks. 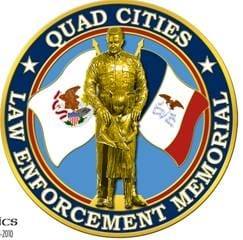 Wyatt Heyvaert will sing with his daughter Grace at the Quad Cities Law Enforcement Memorial service May 2.

Though Covid forced the band to do mainly private events in the past year, earlier this month, they did play at Gypsy Highway in Davenport, and The Mound last weekend in Village of East Davenport, Wyatt said.

With Illinois live music venues still mainly closed, he’s glad to have the Iowa-side gigs. “We’re thankful to be out and playing more.”

The band plans to play this summer at the Bettendorf Fourth of July, Cedar County Fair with Joe Nichols, in Tipton, Iowa, July 17, plus Mississippi Valley Fair in Davenport, and Tugfest in Port Byron.

The Dirt Road Rockers were formed in 2011.

Wyatt has another annual memorial event coming up he’ll sing at – the May 2 Quad Cities Law Enforcement Officers Memorial service, at 2 p.m. in the LifeBridge Church, 1107 Wisconsin Ave., Davenport.

The service (also not held last year) precedes an annual reading of names of officers killed in the line of duty (in a 50-mile radius of the Q-C), at the Rock Island County Justice Center.

A former police officer in Moline and Colona (and with Albany police since 2014), Wyatt has often sung at the memorial services since 2004.

This time, his 14-year-old daughter Grace also will perform – “Heaven Was Needing a Hero” by Jo Dee Messina, and Wyatt will sing “Praise You in the Storm” by Casting Crowns.

“For the officer memorial, usually we primarily focus on the fallen officers, which is what the event is about, and Grace is going to dial in on that,” he said. “I’m going to kind of focus more on the climate that surrounds law enforcement today, you know, in today’s society and how we need to continue to be positive and praise the Lord through these trying times.”

At the time of his father’s death, Wyatt’s wife Ann was expecting another daughter. Their girl Tinley was born July 5, 2016.

Jonathan Turner
Jonathan Turner has been covering the Quad-Cities arts scene for 25 years, first as a reporter with the Dispatch and Rock Island Argus, and then as a reporter with the Quad City Times. Jonathan is also an accomplished actor and musician who has been seen frequently on local theater stages, including the Bucktown Revue and Black Box Theatre.
See More Articles From Jonathan Turner
Tagged: bobby boyddirt road rockerspaul depauwtim heyvaertwyatt heyvaert