divvyDOSE began in Rock Island in 2015 and has grown to over 300 employees.

After being acquired by UnitedHealth Group last fall, the healthcare tech company headquartered in Moline is adding 200-300 jobs in the area and moving its front-end operations to two floors of Mississippi Plaza in downtown Davenport, the Quad Cities Chamber announced Tuesday morning.

divvyDOSE’s back-end operations, mainly the dispensing and packaging of medication, will remain at the business’s facility off John Deere Road (4300 44th Ave.) in Moline. Company leadership announced the news Friday to their 300-plus employees, about 230 of whom work in the Q-C.

“divvyDOSE is proud of what we have accomplished in the Quad-Cities,” said Luke Lonergan, chief operating officer at divvyDOSE and a Quad-Cities native. “We look forward to what our expanding footprint in both Moline and Davenport will mean for the consumers we are proud to serve.” 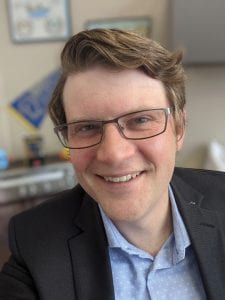 Kyle Carter is executive director of the Downtown Davenport Partnership.

Quad Cities Chamber staff, in partnership with the city of Davenport, worked with divvyDOSE’s site selector and the owner of the six-story Mississippi Plaza (201 N. Harrison St., Davenport) to identify and secure Class A office space for the company’s expansion.

“It has been great fun for me to see this company scale and expand so quickly,” said Julie Forsythe, senior vice president of business and 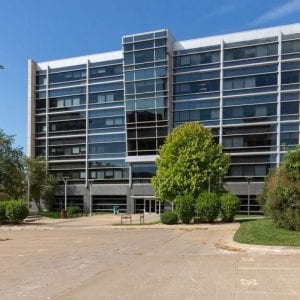 divvyDOSE will expand to the Mississippi Plaza office building in downtown Davenport.

economic growth at the Chamber. “The Chamber, along with our municipal partners, has been an advocate for divvyDOSE and provided support along the way at various junctures.

“I’m thrilled with their success and the variety of great jobs available to our community with this expansion,” she said. “Since Covid-19, we know that a number of folks have become unemployed, and this could be a great opportunity for them to get back to work.”

Added Bruce Berger, director of community and economic development for the City of Davenport: “We are excited to welcome divvyDOSE to downtown Davenport. Their expansion in the Quad-Cities, and Davenport in particular, continues to reflect that we are an ideal place for companies to grow their business. We look forward to this project adding to our robust and vibrant downtown.”

divvyDOSE recently hosted a virtual job fair to recruit people for its open positions in enrollment, insurance and customer service, all of which offer competitive wages, benefits and opportunities to grow, said Jana Klauke, vice president of people and culture at divvyDOSE.

divvyDOSE was founded in 2015 by Dr. Arvind Movva, a physician who said he became increasingly frustrated watching patients suffer with chronic diseases that could be managed by taking the right medication at the right dose at the right time. 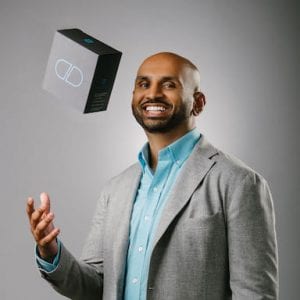 Dr. Arvind Movva is the company founder and CEO.

marked with the date and time the patient should take it.

The company provides these essential goods and services to thousands of people nationwide each month, Klauke said, and those struggling to manage their medication are among those with the greatest need for divvyDOSE’s assistance.

“We aren’t asking anyone at home to be a pharmacist or a pharmacy technician,” Klauke said. “We have the technology and the resources to do the work for them to make sure they are taking their medication correctly and on time.”

Last September, UnitedHealth Group, the nation’s largest health insurer,  acquired DivvyDOSE for a reported $300 million, according to several published reports, including CNBC. According to the company, it accepts all major insurance plans and copays stay around the same as a typical 30-day fill price.

The 2020 announcement marked another major deal in the digital pharmacy space. DivvyDOSE’s business model is similar to PillPack, which Amazon acquired for $753 million in 2018, according to mercomcapital.com. 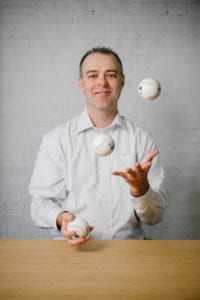 “One reason for the buy-ups is to tap into the base of customers that use these services, many of whom are juggling multiple medications,” the September story said. “For retailers, like Amazon and Walmart, it’s a way to broaden their footprint in the $300 billion pharmacy market.” 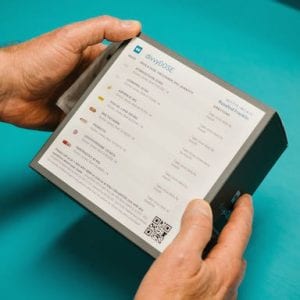 directly with customers and answering any questions they may have. Citing the great talent pool developed by the region’s higher education institutions, Klauke said her team is also excited to continue hiring graduates from area colleges and universities.

divvyDOSE’s employees at its downtown Davenport location, across the street from the Figge Art Museum, will benefit from Mississippi River views and easy access to the district’s growing number of dining, shopping, entertainment and housing options.

“We are proud to call divvyDOSE an anchor office tenant of downtown Davenport,” said Kyle Carter, executive director of the Downtown Davenport Partnership, an affiliate of the Chamber. “This is exactly the kind of growing entrepreneurial company we seek to attract via our new master plan, and we’re excited to see their workforce enjoy the benefits of our walkable, amenity-rich downtown.

“We’re thrilled to call them part of the family, and we appreciate divvyDOSE’s leadership and commitment to the Quad-Cities by building their growing business in the heart of our region,” Carter said.

For more information about the company and its services, visit www.divvydose.com. They can also be reached toll-free at 844-693-4889.

Jonathan Turner
Jonathan Turner has been covering the Quad-Cities arts scene for 25 years, first as a reporter with the Dispatch and Rock Island Argus, and then as a reporter with the Quad City Times. Jonathan is also an accomplished actor and musician who has been seen frequently on local theater stages, including the Bucktown Revue and Black Box Theatre.
See More Articles From Jonathan Turner
Tagged: arvind movvaDavenportdivvyDOSEkyle carterluke lonergannew businessesnew jobsquadcities pharmacyRock Island