As it does for downtown Davenport and Bettendorf, the Quad Cities Chamber is looking to contract with the city of Rock Island to provide downtown place management services. 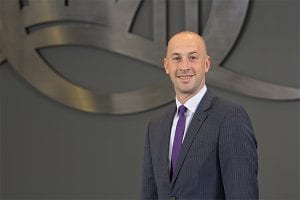 Island. You can also watch the meeting at www.youtube.com/user/RockIslandIL/live.

“Revitalizing our downtown area is a key component to economic growth opportunities for the city, which is why we’re excited to bring this public/private partnership forward,” Rock Island Mayor Mike Thoms said Friday. “Bringing people, new events, activities and vibrancy to downtown Rock Island also brings increased revenue, improved quality of life and greater value for existing assets. That’s why it’s so important for us to make this investment with a sole focus to oversee the implementation of our plan.”

A downtown task force appointed by Mayor Thoms was formed during 2020 to continue the implementation of the City’s 2015 Downtown Revitalization Plan.

The task force recommended the establishment of a downtown place management services agreement, which shall include activities such as exploring the creation of a downtown place management organization with guidance from a downtown steering committee, making recommendations to the City Council, developing a plan for long-term funding sustainability, and making recommendations on the appropriate use of the city’s remaining downtown TIF funds.

As part of the contract, the Chamber will employ a director for Downtown Rock Island, to organize and provide reports to a steering committee of downtown stakeholders, including downtown business and property owners, who provide guidance as the proposed business 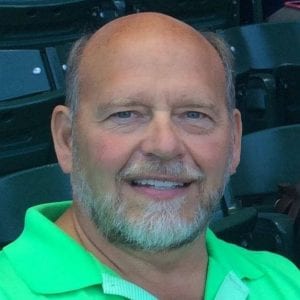 If established, the new organization’s board and its director would provide private/public leadership to address downtown Rock Island’s place making needs, including business and economic growth, infrastructure and livability, and advocacy and promotion.

Currently the Chamber has agreements in place to provide downtown management for Bettendorf and Davenport.

“In our experience, vibrant and inclusive downtowns are integral to a community’s ability to attract residents, amenities and businesses,” said Chamber President and CEO Paul Rumler. “We have a proven track record of effectively managing downtowns, building strong relationships with downtown businesses and working in partnership with cities. Each downtown has its unique personality and strengths, and the Chamber looks forward to this opportunity to help the city of Rock Island grow.”

For more information on the Downtown Davenport Partnership, visit downtowndavenport.com, and for more on the Downtown Bettendorf Organization, visit www.downtownbettendorf.org.

Jonathan Turner
Jonathan Turner has been covering the Quad-Cities arts scene for 25 years, first as a reporter with the Dispatch and Rock Island Argus, and then as a reporter with the Quad City Times. Jonathan is also an accomplished actor and musician who has been seen frequently on local theater stages, including the Bucktown Revue and Black Box Theatre.
See More Articles From Jonathan Turner
Tagged: Downtown Bettendorfdowntown Davenportdowntown Rock IslandMike ThomsMoline Centrepaul rumlerquad cities chamber