Quad-Cities Artists to Partner With Chicago Group on New Projects 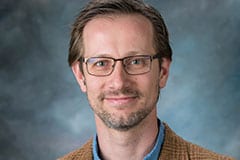 Representatives from Azubuike African American Council for the Arts and St. Ambrose University invite the public Friday at 5:30 p.m. in the Grand Lobby of the Figge Art Museum (225 W. 2nd St., Davenport) for a conversation with special guests Jon Veal and Jordan Campbell of the Chicago-based art group alt_ (alt space).

They will discuss an upcoming series of Quad-Cities projects aimed at positive disruption through tangible acts of service. There will be a cap of 45 people in the lobby and all typical Covid protocols will be in effect. RSVP is strongly suggested at azubuikeartscouncil@gmail.com.

Christopher Reno, SAU’s university curator and gallery director, said this week that he and a colleague saw a presentation by Jon Veal and Jordan Campbell, of the non-profit Alt Space (altspacechicago.com) and “we got excited about asking Jon and Jordan to at least present their work to St Ambrose too,” Reno said. 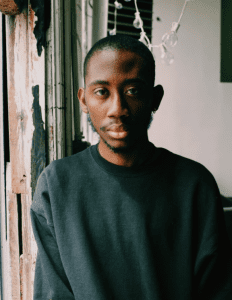 “So we reached out to them and had a few conversations and asked if they wanted to try out their creative process here in the Quad-Cities,” he said. “They responded positively and so this Friday, Jon and Jordan are going to begin the process of community engagement that hopefully leads to some new and exciting art experiences in Davenport and maybe other areas of the Q-C as well.”

The idea is “to make new and interesting collaborative art projects in the neighborhoods and on campus as a way to build bridges and form tighter community bonds,” Reno said.

Veal and Campbell created Alt Space with the resolution to positively disrupt their community (and now ours) through tangible acts of service, the SAU gallery director said. “Sharing the mutual motivators of family, community, change and servanthood, they provide an alternative to the dominant cultural and media narratives, manifesting new opportunities in a time of need.”

According to the group description: “No longer satisfied with the way things have always been done, alt_ is a swift deviation from the norm, a rallying cry for change. The name alt_ posits 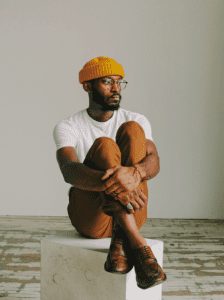 Jordan Campbell, co-founder of Alt Space in Chicago, is a documentary photographer and educator.

“Through their roots in faith, Jon and Jordan intrinsically believe that all people are deserving of honor, love and healing,” the group says. “They feel called to give to those who often don’t receive it from the world around them. They see the potential and integrity in each person, knowing that they are created in God’s image.”

Alt Space will be creating artworks in the Quad-Cities this summer and fall in collaboration with local community members.

Alt Space describes itself as “a contagious, artist-led engine (501c3) that undertakes tangible acts of service, using art and faith as tools that galvanize impassioned, self-sufficient communities to join in, at a time when past and present injustices spur us to collectively imagine our best future.”