An effort to create a public art project, co-founded by a Western Illinois University history professor to commemorate the lives lost during the 1919 Chicago Race Riot, has received a grant from Illinois Humanities to further the project and related events.

WIU Professor Peter Cole and Franklin Cosey-Gay, executive director of the Chicago Center for Youth Violence Protection, co-direct the Chicago Race Riot of 1919 Commemoration Project (CRR19). Its goal is to create and install markers at each of the 38 locations where a life was lost in 1919 – still the deadliest incident of racial violence in Chicago history and which profoundly contributed to the subsequent segregation that persists today.

In the wake of recent events of race-related violence, Cole and Cosey-Gay have penned editorials for Chicago media outlets about using public art to bring attention to racism.

“The killing of George Floyd reignited the country’s attention to the reality of racial violence and inequality in our time which, of course, is a legacy of racism in our history,” said Cole.

As CRR19 moves toward its ultimate goal of marker creation and placement in a COVID-19-impacted world, Cole said bicycle tours were held over the summer to educate and raise awareness.

“This summer, we organized three historic bike tours that about 250 people attended–including Lt. Gov. Juliana Stratton,” he said. “Biking is a great way to literally see some locations associated with the history of 1919’s race riot, as well as how resilient Black Chicagoans have been. It’s also COVID-safe because it’s an outdoors activity that, by default, fosters social distancing because biking spaces people out.”

In the coming months, Cole said CRR19 is working with Firebird Community Arts, a studio that uses art as a form of therapy for teenage 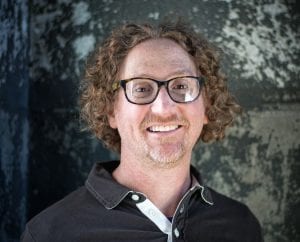 victims of violence, to create the first six markers to be placed in Chicago, five in what now is called Bronzeville, and one in the Loop, just a block from the Art Institute. The idea to use markers was sparked by Cole’s trip to Germany, where he saw “stumbling stones,” used to commemorate those killed during the Holocaust. Cole said he was struck, during his time in Germany, by how little the United States has done to acknowledge more than 400 years of slavery and segregation, as well as current racism and racial inequality.

The CRR19 project is currently working through the process of gaining approvals from the city of Chicago to complete the project. The hope is to have the first six markers installed in May, just prior to the centennial of the Tulsa Race Riot, where about 300 Black people were killed in 1921.

Each year, the project commemorates the anniversary of the CRR19 by hosting a bicycle tour of key sites, including Bronzeville, Bridgeport and Canaryville, of the south side of Chicago, the location of the start of the riots and where violence was concentrated. Planning for a long-distance bicycle tour is also underway as part of the group’s education and fundraising process. The 700-mile trip would run from Tulsa, OK to Chicago’s Loop, which is one block from the location where Paul Hardwick, a Black man, was killed in 1919.

In the meantime, Cole said, the organization continues to fund raise, apply for grants and make virtual presentations outlining its goals.

“Last month, I delivered three presentations on the history and legacy of Chicago 1919 to students at public high schools in Back of the Yards and Englewood in Chicago,” he said.

CRR19 has gained numerous community partners and endorsements from local organizations in an effort to build a community of local artists, educators, citizens and community groups who share the project’s vision.

Sean Leary
Sean Leary is an author, director, artist, musician, producer and entrepreneur who has been writing professionally since debuting at age 11 in the pages of the Comics Buyers Guide. An honors graduate of the University of Southern California masters program, he has written over 50 books including the best-sellers The Arimathean, Every Number is Lucky to Someone and We Are All Characters.
See More Articles From Sean Leary
Tagged: peter coleWestern Illinois UniversityWIU