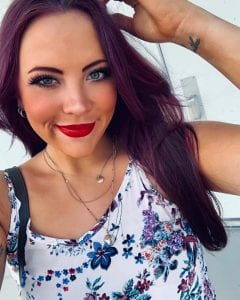 In the play, Princeton Yale left his hometown of Chicago over 30 years ago, he turned his back on an abusive past at the hands of his high school classmates and never looked back. But through a series of happenstances, Princeton’s past comes to pay him a visit, in the form of one of his former tormentors, Reece “Rage” Johnson, and more than just talk about “the good old days” will be revealed. Will their lives ever be the same?

“It’s a really interesting show,” director Madison Duling said last month, noting two characters are lovable and two are not likable at all. “I’m so excited for it, not only because it’s the show that’s opening the Barn back up, but because of the messages in the show and it has to do with the LGBTQ+ community. We don’t do that many shows like that.” 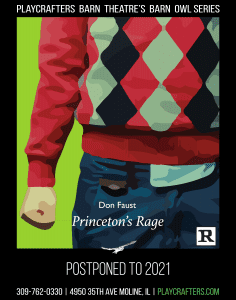 Playcrafters is auditioning for local playwright Don Faust’s “Princeton’s Rage,” which was postponed from last year.

Faust’s message is that people can change over time and that even people who are rude to others and bully in high school, may have their own issues to deal with, she said. “That’s why they’re lashing out – that’s what the whole show is about – Princeton’s high school tormentor coming back in his life.”

Madison can identify with the gay protagonist, because she was also bullied in high school, at Alleman in Rock Island.

“Especially my senior year, it was really bad,” she said. “You’d think they wouldn’t allow it, but they still allowed it.”

Auditions will be held Saturday, April 17 from 2:30 to 4 p.m. and Sunday, April 18 from 3 to 4:30 p.m. If anyone has any qualms about coming in-person, they can email office@playcrafters.com and can schedule a Zoom interview instead.

People planning to audition should bring a theater resume and a headshot (if you have one). At auditions, they will cold read from the script and hold callbacks (if needed) after Sunday’s auditions. The first read-through will be the week of April 25th and rehearsals will start the week after that.