In the past 24 hours, a review on this site of Countryside Community Theater’s “The Music Man” written by Tristan Tapscott has become embroiled in controversy. So much so that it prompted a guest column from local actor Lou Hare, and my invitation, still open, for any other interested parties to send me rebuttals to Tristan’s review.

As always, we look forward to hearing from people and stimulating conversation about the local arts scene,

whether the responses are pro or con, particularly in regard to a review, which is an opinion of the writer meant to prompt thought and interaction with its audience. Many people, publicly, vocally disagreed with Tristan’s review, and expressed umbrage with him personally and professionally in regard to it, and other matters. Many people, mostly privately, either agreed with the review or disagreed with the review but defended Tristan’s right to his opinion. Honestly, there were more of the latter, but they didn’t come forward publicly, and that’s human nature. Not everyone is as big a glutton for punishment as I am in regard to putting my opinion out there. Fair enough.

That said, I’m with those latter folks. I did not see the show, so I cannot say whether or not I agree with Tristan’s opinion. There are a great many things upon which we agree and entertainment which we both enjoy. However, there are many things we also disagree upon. After all, we first met after I completely dissed a show he was in, in one of my reviews for the Dispatch and Rock Island Argus. I don’t think we agreed upon that.

But that’s life. You’re never going to agree with anyone 100 percent of the time, least of all yourself, since your opinions and preferences change as you evolve. Ergo, people are well within their rights to disagree with his opinion, and given that it’s a review, that’s to be expected.

However, I disagree with those who say he doesn’t have a right to that opinion or that his opinion isn’t educated in regard to theater. He’s got a vast amount of experience in theater in a variety of areas and therefore is qualified to register an opinion from the perspective of a theater fan and creator. That is why he’s been writing reviews and features about theater on our site for the previous four years.

As for the attacks on him personally, again, you have every right to dislike him personally, but that doesn’t mean everything he writes is instantly wrong or terrible. For example, there are millions of people out there who love and have performed in Walt Disney shows even though Disney himself has been accused of being everything from a racist to a sexist to an anti-Semite Nazi sympathizer, and they somehow manage to put that aside. Maybe it’s the festive costumes.

In terms of his writing style, which some people did not like, it’s, again, completely fair for you to dislike it. Not everyone likes my writing style, or Jonathan Turner’s. But that’s why we have a variety of writers and writing styles here at QuadCities.com, and why I, as the editor of all the content on the site, encourage people to write in their own voice and give them the leeway to do so by making minimal changes to their 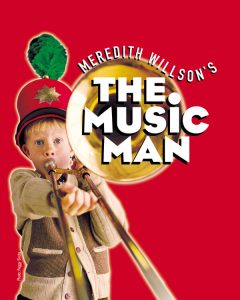 Countryside Community Theatre will stage “The Music Man” July 1-3 in Eldridge. We at QuadCities.com encourage you to see the show and make up your OWN mind and formulate your OWN opinions.

work outside of grammatical and spelling errors. I want THEIR voice to shine through in THEIR stories. If you don’t like that voice, if you don’t like his voice, that’s your opinion and you certainly have a right to it. Again, my writing style and Jonathan’s writing style, as well as our other writers’ styles, are all very different and we hope you find one you enjoy. Variety is the spice of life and all that.

I believe that the dialogue to come from this has been a net positive. Whether pro or con, it has stimulated a great deal of conversation and interest. I’ve also heard many people say that it’s actually made them want to go see CCT’s “The Music Man,” out of curiosity or just because they’re not big fans of  Tristan’s review, and that’s great, I hope you enjoy the show. If you like it and it makes your life better or happier for having seen it, awesome. Really, that is what it’s all about. That’s why, prior to the show even opening, we had published four features about it, to let people know it was out there if they were interested.

Now, all that said, along another related path, among the countless comments and discussions that were had on social media were a number of questions sent my way by local actor Gary Talsky. They were excellent questions, and I was very happy to receive them, as they illustrated queries many people may have regarding the behind-the-scenes workings of a site like QuadCities.com. As I felt they were terrific questions, and in an effort to foster greater transparency between us and our readers, I asked Gary if he minded if I reprinted his questions, and my subsequent answers, here, for others to see.

Below is the discussion I had with Gary amidst a flurry of other comments on the Facebook post of Lou’s column. I appreciate the opportunity to have a great conversation with Gary and to share it with you here, and I hope you find the exchanges interesting and illuminating.

Gary: Some questions by way of “backgrounders” on the process of reviewing in the QCA. Sorry, if this seems a diversion but for me it’d be interesting context on the debate/discussion. Thanks in advance.

Do the theaters/venues solicit reviews of specific shows?

My response: These are all excellent questions, and you’ve asked the right person, as I’ve been reviewing shows and an entertainment editor and writer since the mid-’90s locally at the Dispatch/Argus, Times, Yahoo! QuadCities, Get Your Good News, WQAD-TV8, KWQC-TV6, and now QuadCities.com. To answer this first question, sometimes theaters solicit reviews and sometimes they do not. Then again, some theaters are more aggressive in regard to publicity than others, whether before or after a show opens. Regardless of whether a theater requests a review, we try to offer at least one preview story (usually more than one) and attempt to review every show that opens in the Quad-Cities.

Gary: Does quadcities.com, (and other media) ask to review shows?

My response: Well, in mentioning other media, this is certainly a loaded question that speaks volumes about the status of arts reporting in the Quad-Cities. Back in the ’90s and early ’00s, the local media would routinely review pretty much everything. Then as time went on, that amount got smaller and smaller and smaller, to the point that by the time I got laid off at the Quad City Times in spring 2018 they weren’t reviewing any local theater and would only review the bigger shows (i.e. Paul McCartney) at the TaxSlayer. At QuadCities.com we try to review as much as possible, but we’re constrained by the availability of our reviewers. If someone isn’t available to review a show, we don’t do it. If I have all my reviewers available, we try to get to as much as possible to offer as comprehensive coverage as we can.

Gary: Or has there just been a standing practice — but how did that start?

My response: “standing practice”… I think I answered that in my last answer; used to be one, now we at QuadCities.com are the only local media that reviews (or previews) as much on the local arts scene.

Gary: Do reviewers ask to review certain shows, or how are they assigned them?

Gary: Do certain reviewers tend to cover certain venues or is it more distributed?

My response: We don’t have certain reviewers always covering certain venues, we tend to mix it up and I go by a first come first serve policy — if say, Jonathan Turner asks me to review a show first I’ll give it to him, or vice versa for Tristan Tapscott. But, like I said, I’m cool with both of them reviewing it. That gives different perspectives and it’s all added publicity for the show.

Gary: Do reviewers ever “recuse” themselves?

My response: Do reviewers ever “recuse” themselves? Actually yes! And ironically enough, the only reviewer on our staff that has ever done that, and has done it multiple times, is Tristan Tapscott, because he felt he had too much of a conflict of interest regarding a certain show. Neither Jonathan Turner nor I have ever done so because we’re nowhere near as entwined as Tristan is with the local theater scene. We’ve both been involved with numerous shows, but we’re more occasional tourists in terms of us being involved. I’m not sure about Jonathan, but I haven’t been involved in a show since 2016, when I wrote/directed/produced the sketch comedy “Shots 2 The Heart” at Comedy Sportz. Don’t recall the reviews on that one, but it was a lot of fun to do, and the audience enjoyed it! And that, in the end, is what’s most important.

I think I answered all your questions, but if not, feel free to follow up. Cheers!

That goes for any of you folks reading this as well. We welcome dialogue and offer transparency in regard to what we’re doing here at QuadCities.com. So if you ever do have a question, feel free to ask me at Sean@QuadCities.com.

And hey, go see “Music Man” this weekend and tell me what YOU think.

Sean Leary
Sean Leary is an author, director, artist, musician, producer and entrepreneur who has been writing professionally since debuting at age 11 in the pages of the Comics Buyers Guide. An honors graduate of the University of Southern California masters program, he has written over 50 books including the best-sellers The Arimathean, Every Number is Lucky to Someone and We Are All Characters.
See More Articles From Sean Leary
Tagged: arts criticismCountryside Community Theatregary talskyJonathan Turnerlou hareSean Learythe music mantheater reviewsTristan Tapscott