Sean Leary February 13th, 2021 Sean Leary, Film And Web Video, Entertainment, Editorial, Columns, Articles Share:
So, a country music star, Morgan Wallen, is caught on tape using the N word, which is not acceptable.
His record company, radio stations, etc. express condemnation of it. Right thing to do.
He admits his mistake and is contrite about it, does all the right things under the circumstances and seems sincere. Again, right thing to do.
And then…
wait for it…

wait for it…
His record sales SKYROCKET.
Now, do I think that suddenly racists were like, “You know what? I need something to listen to in the car, other than Gavin McInnes, so how about that country music guy who just made a racist slur?”
Well, yeah.
I’m sure certainly there were people who saw that as a dog whistle, regardless of the musician’s apology, and flew to support him purely out of hatred and spite.
But in addition to that I’m also certain there were a lot of dipshits who wanted to support him just to “own 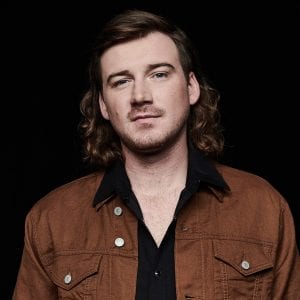 Morgan Wallen. I didn’t have any idea who this guy was until this week. Because he’s not a member of an obscure British indie band or a TikTok rapper.

And, folks, this is the knee-jerk binary polarity we live in.
If you’re disliked by one side, the other side automatically likes you, and if you’re pilloried and hated by one side, the other side automatically LOVES you.
This despite the fact that those same people would never defend certain actions if they were being done by a member of their opposite tribe, and in fact would absolutely revile them if they were the wrong star-bellied sneech.
It’s crazy.
We’re seeing the same thing play out with the Gina Carano story.
Now, from the information I currently have, it seems Carano is a different case in terms of context and repeated offensive statements. There haven’t been a lot of other Morgan Wallen moments of racism or stupidity being reported. Could be out there, don’t know, they don’t pop up immediately in a web search.
Unlike with Carano.
When I first began writing this column, I did not know the depth of what the former “Mandalorian” star said or posted. I was not deeply educated on the social media writings of Gina Carano. Nor, quite frankly, did I want to be. I have better things to do with my life.
I saw one of her posts quoted in a story, which was just a really bad comparison of conservatives feeling sorry for themselves to Jews being literally prosecuted in Nazi Germany. Bad comparison? Yes. Insensitve? Yes. Virulently anti-semitic? Debatable.
Then I saw the picture that accompanied her tweet, which was not in the story I originally saw, and which I will not include here, of a half-naked woman in graphic distress being chased down the street, hunted down. That’s a terrible analogy and an awful image to include needlessly in regard to your facile and whiny stretch of an argument.
And then I did a deep dive into some of her other posts, and I amend my statement with the caveat that now I wish I was not deeply educated 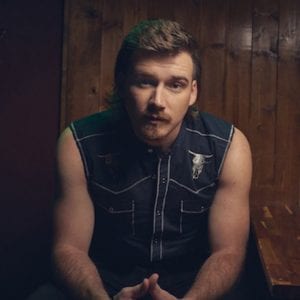 Now, Morgan Wallen needs to apologize for this shirt. No apology needed for the mullet and mustache combo.

on the social media postings of Gina Carano.

Carano’s Twitter feed is a greatest hits cesspool of conspiracy bullshit and tired bigotry, a ditto of so much other bullshit out there on social media.
And although I do agree with her that Jeffrey Epstein didn’t kill himself, a lot of the rest of the stuff is pretty damn moronic and small-minded, and, yes, insensitive to Jewish people in comparing her whining about people challenging her speech to Jews literally being hunted and killed in Nazi Germany.
Is she anti-semitic? I don’t know. I didn’t do THAT deep of a dive into her Tweets to see anything that was more anti-semitic than clueless and a bad analogy, but, that’s been the claim.

…who is now hired by a company run by a very publicly open orthodox Jewish man, Ben Shapiro.
So either what she said did not offend Shapiro, or Shapiro wants to own the libs so bad that he’s fine letting it go. (Unlike his alleged fetish for AOC’s shoes…)

Just wait until you see what she posted about Chewbacca.

Few people can just look at events outside of a filter and make a judgement call on them as being good or bad without considering the political alignment of those doing them.
Few people can look at this opinion I’m writing without feeling one way or another because they’re so brainwashed to one side or the other.

This is why I belong to no political party. This is why I don’t like belonging to ANY groups or organizations. Because I like making up my own mind. I like seeking out facts and evidence. And I recognize that we’re all human, we all make mistakes, we all do dumb or ignorant things sometimes, and I would rather consider people on the content of their character and their actions rather than automatically condemning or defending them because of their label. 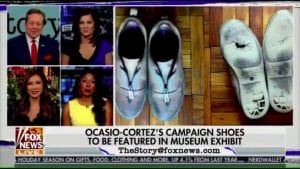 Listen, I have no problem with people agreeing or disagreeing with me. That’s life. As I’ve mentioned countless times before, we should all beevolving human beings, myself included. I change and evolve all the time, adjusting my thoughts and opinions based upon new information and consideration of fact. That’s why one of the people I’ve disagreed with most in my life is me, in the past, because I’ve changed my opinions on a myriad of issues and topics as I’ve learned new things and grown and evolved.

And we should ALL be like that.
Something new happens, you learn something different, you should change your thinking and feeling to adjust to that. And you should employ perspective upon it and not knee-jerk react tilting far to one side or the other where your only emotions are hate or love.
Life is not binary.
Everyone makes mistakes, including me, including you.
Including Morgan Wallen. 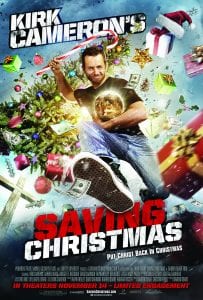 Not even Boner would buy a ticket.

Morgan Wallen recognized that what he said was inappropriate, and he changed his behavior. If people are buying his records because of his ability to change, great. If they’re buying his records because they support what he said, that’s pretty damning and pathetic. But not to Morgan Wallen, to those who are buying the records because they support the use of the racial slur.
As for Gina Carano, she doubled down and played the victim and didn’t grow and evolve from the experience, and is the poorer for it as a person by having people surrounding her who just support and buttress her ignorance.
It’s also very strange to me that she’s now being supported and championed by a public figure who is very open about his staunch Jewish faith. It’s very weird to me that the political desire to dunk on the libs would overshadow condemnation of anti-Jewish statements when you are faithfully Jewish. But I can’t see into Ben Shapiro’s mind.

Strange times we live in. And at the end of this column, I have no solutions. Only a statement: Our society has got to break out of this unthinking slavish devotion to their dual tribes. They have got to stop using freedom as a buzzword and start actually acting free — free to think for themselves.
And what I think for myself is that based on past history of similar projects, this new Gina Carano movie is probably really going to suck. And it’ll probably co-star Kirk Cameron.
Advertisement

Sean Leary
Sean Leary is an author, director, artist, musician, producer and entrepreneur who has been writing professionally since debuting at age 11 in the pages of the Comics Buyers Guide. An honors graduate of the University of Southern California masters program, he has written over 50 books including the best-sellers The Arimathean, Every Number is Lucky to Someone and We Are All Characters.
See More Articles From Sean Leary
Tagged: #aoc#aocsshoes#benshapiro#ginacarano#ginacaranotweets#kirkcameron#morganwallen#morganwallenoffensivestatement#themandaloriancontroversydaily wirepop culture