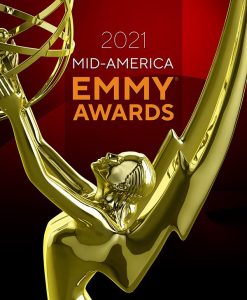 Under: Wildlife Crossings” in the Environmental/Science category. The Rundles’ films have been nominated nine times.

“Our sincere gratitude for this important win goes to all involved in this production,” producer Tammy Rundle said. “And, a big thank you to Lora Adams and WQPT-PBS for the qualifying broadcast and their ongoing interest in our films.”

“Our hope was that the film would bring more awareness to this important environmental subject and inspire action to save human and animal lives,” said director Kelly Rundle. 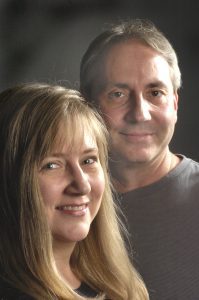 Wisconsin. The film was partially funded by a grant from BeWildReWild/Big River Connectivity and Iowa Natural Heritage Foundation.

Sean Leary
Sean Leary is an author, director, artist, musician, producer and entrepreneur who has been writing professionally since debuting at age 11 in the pages of the Comics Buyers Guide. An honors graduate of the University of Southern California masters program, he has written over 50 books including the best-sellers The Arimathean, Every Number is Lucky to Someone and We Are All Characters.
See More Articles From Sean Leary
Tagged: emmy awardsfourth wall films wins emmykelly and tammy rundle win emmyKelly Rundlemoline filmmakers win emmy awardTammy Rundle