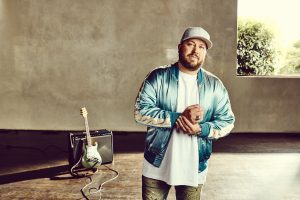 breakout success in country music. The 2X Platinum-certified, No. 1 hit was taken from his introductory album,Telling All My Secrets, and earned him the best first week showing for any major label country debut LP in 2018. To date, “Drunk Me” has amassed nearly 490 million on-demand streams. In the year that followed, the “winning” singer (theNew York Times) was nominated for New Male Artist of the Year at the ACM Awards and Breakthrough Video (“Drunk Me”) at the CMT Music Awards and saw his “Alcohol You Later” single certify gold. He also kicked off his first headlining concert series, the “Anything She Says Tour,” with labelmates and award-winning duo Seaforth who joined as support and were also featured on the gold-selling song, “Anything She Says.”
During 2020’s pandemic, Mitchell delivered four songs to his fans including “Can’t Go To Church,” “Here,” his cover of “Someone You Loved,” and “Broken Up, as well as releasing the Neon Christmas EP for the holidays.
This New Year’s day, Mitchell partnered with PEOPLE MAGAZINE to announce “Bucket List” and filmed the song’s music video in conjunction with the state of Arizona, crossing off a few of his bucket list places to visit; among them Sedona, the Grand Canyon, Monument Valley, and Lake Powell/Antelope Canyon.
Drew Green
As a McMinnville, Tennessee, native, Drew Green grew up just beyond earshot of Nashville’s storied country music industry. Now, after years of thriving as one of Music Row’s most prolific songwriters, the singer is poised for an equally fruitful artist career. With his debut track, “Little More Be Alright,” Green counts the blessings of his well-earned success. Lyrically, it’s a prayer of sorts — he gives thanks for what he has, while acknowledging that there’s always room for more when it comes to time spent with loved ones.
The sentiment hits home for Green, a family man whose work as a songwriter has notched high positions on four Billboard and Country Aircheck/Mediabase charts. He’s had to dedicate long hours, years at a time to honing his craft, but in the end, he wouldn’t have it any other way.
“I’ve realized over my years of songwriting,” he says, “that it’s not just about luck. For me, it’s about working hard and staying passionate. Sometimes I feel like I really couldn’t live without writing songs.”
Advertisement

Sean Leary
Sean Leary is an author, director, artist, musician, producer and entrepreneur who has been writing professionally since debuting at age 11 in the pages of the Comics Buyers Guide. An honors graduate of the University of Southern California masters program, he has written over 50 books including the best-sellers The Arimathean, Every Number is Lucky to Someone and We Are All Characters.
See More Articles From Sean Leary
Tagged: drew greenEast Molinemitchell tenpennyRust Belt