Tickets are now on sale for the 2022 Missouri Valley Conference (MVC) Wom­en’s Basketball Tournament at the TaxSlayer Center, 1201 River Drive in downtown Moline, Illinois, on March 10-13, 2022.

The MVC, in its 115th season, is the nation’s second-oldest NCAA Division I conference and is recognized as one of the most progressive athletic leagues in the country. This annual tournament features teams from each of the Con­ference member institutions. The tournament determines which Valley team receives an automatic bid to the NCAA Women’s Division I Basketball Championship. 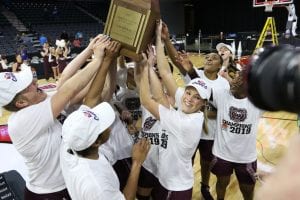 “The Missouri Valley Conference Women’s Basketball Tournament and Hoops in the Heartland continues to create value for our regional destination, said Dave Herrell, President and CEO, Visit Quad Cities. “Hosting this championship and multi-day event delivers for our sports tourism efforts and positively impacts our Quad Cities visitor economy and brand. We look forward to working closely with our partners at the TaxSlayer Center and the MVC as we host student-athletes, administrators, and a passionate fan base. This is an important sporting event for the QC region so we want to demonstrate our support through ticket sales and encourage Quad Citizens and visitors to experience some of the very best women’s basketball in the country.”

The 2022 MVC Women’s Basketball Tournament includes a schedule that will provide plenty of opportunities to see these athletes in action.

The 2022 tournament will mark the 15th-consecutive season in its 40-year history that the event will take place at a neutral site. The Valley played its postseason championship in St. Charles, Missouri – at The Family Arena – for eight-straight seasons from 2008-15 and has held the event in the Quad Cities ever since. The 2022 MVC Women’s Basketball Tournament will make Conference history, as the title game on Sunday, March 13, will be aired on ESPNU for the first time. The first eight tournament contests will be shown exclusively on ESPN+. 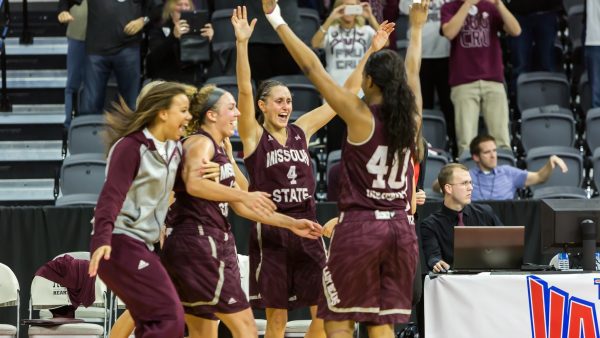 About the Missouri Valley Conference

One of the premier women’s basketball leagues in the country, the MVC has seen an average of four league teams participate in postseason play in the last 22 seasons, including six teams reaching the postseason in 2020-21. The Valley has earned multiple NCAA Tournament bids in 13 different seasons, including a pair of bids in the 2021 NCAA Tournament and a second-straight Sweet Sixteen appearance by Missouri State. The league has also had two Final Four teams (Missouri State, in both 1992 and 2001), a WNIT champion (Missouri State, 2005) and three WNIT semifi­nal appearances (Illinois State, in 2011, 2010 and 2009).

The league consists of 10 diverse institutions across four states, whose members include Bradley, Drake, Evansville, Illinois State, Indiana State, Loyola Chicago, Missouri State, Northern Iowa, Southern Illinois and Valparaiso. Dallas Baptist is an affiliate member for baseball, Little Rock is an affiliate member in women’s swimming and diving, and Stony Brook is an affiliate member in women’s tennis. Conference members have worked together to focus on com­mon goals and objectives, putting a high value on league harmony while continuing to invest in athletic programs to compete at the highest level. The Valley brand remains very strong, both regionally and nationally, and the great athletic tradition of The Valley remains a compelling force in recruiting student-athletes and in marketing all the MVC programs.

Sean Leary
Sean Leary is an author, director, artist, musician, producer and entrepreneur who has been writing professionally since debuting at age 11 in the pages of the Comics Buyers Guide. An honors graduate of the University of Southern California masters program, he has written over 50 books including the best-sellers The Arimathean, Every Number is Lucky to Someone and We Are All Characters.
See More Articles From Sean Leary
Tagged: moline taxslayer centermvc women's tournamentTaxSlayer Centerwomen’s basketballwomens basketball at taxslayer center