Home › Articles › Music › Many in Quad-Cities Are Mourning the Sudden, Shocking Death of a Young Musician

Many in Quad-Cities Are Mourning the Sudden, Shocking Death of a Young Musician

The family, friends, co-workers, teachers and students of Thomas William Hagaman are mourning his sudden, unexpected death at age 26 on Oct. 8. 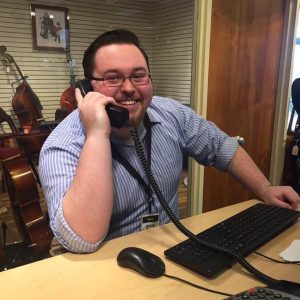 A 2018 Augustana graduate, Tom sang in college choirs all four years and after graduation sang with Augustana Choral Artists.

A big-hearted, boisterous musician who touched the lives of so many, Hagaman worked at Griggs Music in Davenport; was choir director at Trinity Lutheran Church in Pleasant Valley, and died on Friday, Oct. 8, 2021 in an accident at his home, where he lived alone.

A memorial service to celebrate his life will be held at 1 p.m., Sunday, Oct. 24, at McGinnis-Chambers Funeral Home, 644 River Drive, Bettendorf. The service will be livestreamed by visiting Tom’s page at http://www.McGinnis-Chambers.com and clicking on the link at the bottom of the page. A gathering of his friends and family will be held after the service on Sunday at the funeral home until 4 p.m. In lieu of flowers, memorials may be made to the Quad City Animal Welfare Center or to the family to honor Tom with a placement of a memorial stone at Augustana College.

“He was one of my best friends. I am still kind of reeling,” Dana Calhoun, keyboard specialist at Griggs (3849 N. Brady St.) who worked with Hagaman for three years, said on Saturday. “Nothing really makes sense.” 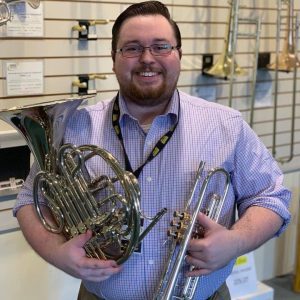 Tom Hagaman, 26, worked as a sales associate at Griggs Music for three years.

A full-time sales associate at Griggs, Hagaman had “an interesting personality, so full of life,” Calhoun said. “He was very outgoing, kind of the life of the party. He had a fantastic voice, and I played piano for him.”

Tom was born June 10, 1995 in DeKalb, Ill., and graduated from DeKalb High School. Hagaman earned his degree in music from Augustana College in Rock Island in 2018.

He was a member of the Augustana Choir and the Oratorio Society for four years while studying music at Augustana. He most recently sang with the Augustana Choral Artists. His passion for choral music was evident in his commitment and focus in rehearsals and performances.

“He was always gregarious, also so intense about his passion for music,” Hurty said. “He was passionate about singing and he studied 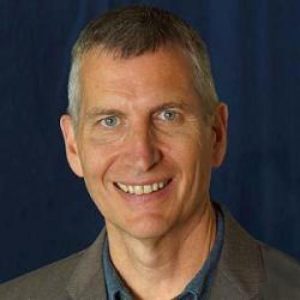 Jon Hurty is director of choral activities at Augustana.

conducting with me. He took it very seriously. He had so many friends, had such a big personality, and he also had a very serious and intense side when it came to doing music. He was interested in improving his craft as a conductor.”

Hurty was very gratified to see Hagaman stay in the Quad-Cities after graduation and make a living as a musician.

“A lot of our students are from out of town, like Chicago,” he said. “He stayed here in town, I watched him develop, continue. He was interested in the area, had good friends around, he made a huge impact. He was the kind of kid, I would say, his friends in college, both in the choir, 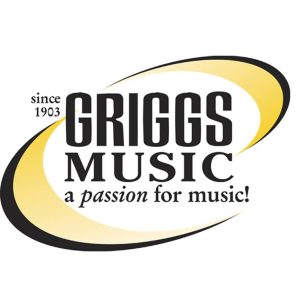 The sudden death of Tom Hagaman on Oct. 8 is having a deep impact on the tight-knit staff at Griggs.

and in the music fraternity for men, he was quite active in that group. There’s been lot of tributes to him online. He was the kind of person who was truly a friend to a lot of people.”

Griggs Music posted on its Facebook page on Oct. 12:

“Tom Hagaman was tragically taken from his family, friends and us in an accident Friday evening. Words cannot express the feelings of loss we’re experiencing right now.

“Tom loved helping Griggs Music families choose the right instruments for their young musicians. Tom’s passion for music was felt by everyone who came in contact with him. He was not only a Griggs Music team member, he was a dear friend.

“Tom’s absence will be felt heavily in the store, by his students and for everyone who encountered Tom. As you can see by his photos, Tom was always smiling. There are not words to adequately express the magnitude of this loss.”

Calhoun added: “We’re a pretty close-knit group here at Griggs. He was such a huge personality, he leaves a big hole to fill.”

Elizabeth Treiber (lead singer of Wicked Liz & the Bellyswirls) said Hagaman had a profound impact as a trumpet teacher for her daughter, Estelle, now a freshman at Pleasant Valley High School. Liz posted on Facebook Oct. 15:

“Tom was such an awesome Trumpet teacher! And an outstanding person. We only met him this summer, but we credit Tom for helping 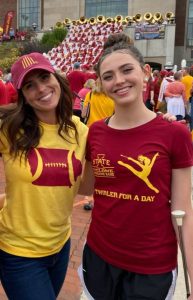 Estelle ‘catch up’ and give Estelle the skills she needed to play Trumpet in HS, after she had taken a year and a half off of playing trumpet. He helped her LOVE playing! He always met us with positive enthusiasm and def taught more than just trumpet. So much talent, personality and love in Tom! Words can’t describe the light he shared with the world. Gone too soon!”

Treiber’s husband (who is not a musician) sometimes would sit in on her lessons, and say, “He’s so good with our daughter, such a great teacher,” Liz said. “He was a great teacher, the way he engages her, brings in other things to use as examples. He was a really neat individual; I’m sorry we didn’t have more time with him.”

Estelle – who also twirls baton for PV marching band — played trumpet in 6th grade and half of 7th, and this past summer, she wanted to re-start, be in marching band, and went to Griggs for a trumpet book and lessons. Estelle said: “I started trumpet lessons with him because I wanted to catch up, but as lessons went on he made me want to be really good at it.” 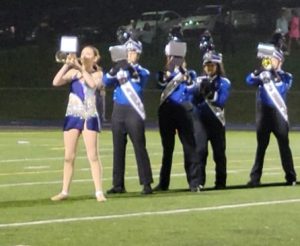 “He was helping her with auditions for concert band — she wanted to be good, she had the confidence, she knew could do well in the auditions,” Liz said of Tom, noting they had weekly lessons on Sundays at his church. “It was amazing the confidence he gave her.”

At lessons, Tom wouldn’t just discuss music, but asked Estelle how she was doing, Liz said. “He cared, he made her feel like she was more than just a student,” she said. “That’s important to make the connection with anyone…He connected on all those levels.” 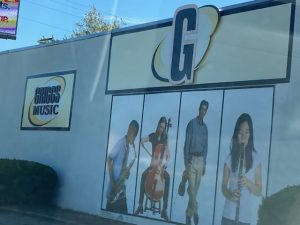 “This is really hard for her,” she said of his death. “It’s hard when you know anyone who passes away, and be a high school freshman. To have someone have such a big impact on a young person. She felt the love he had, not only for his music and teaching, but he cared about her. Estelle said she wanted to tell him how good I was doing with trumpet. She was looking forward to next time she saw him; she has two other students of his she goes to school with, who feel the exact same way.”

“It’s a shame,” Liz said. “We were really better for having known him, just the care that he showed. The encouragement he gave our daughter – she will forever be changed by his presence in her life. It speaks to the fact we need to talk about it if you’re not OK.”

Those left to honor Tom’s memory include his parents, Bob & Heidi (Koenig) Hagaman of Bettendorf; his sister, Katherine Hagaman of Mound, Minn.; his uncles, Peter Koenig of Rochester, N.Y. and Matthew Koenig of Altmar, N.Y.; and his cousins, Peter (Kristine) Koenig and Andrew Koenig.

Online condolences may be expressed to the family by visiting https://www.mcginnis-chambers.com/obituary/Thomas-Hagaman.

Jonathan Turner
Jonathan Turner has been covering the Quad-Cities arts scene for 25 years, first as a reporter with the Dispatch and Rock Island Argus, and then as a reporter with the Quad City Times. Jonathan is also an accomplished actor and musician who has been seen frequently on local theater stages, including the Bucktown Revue and Black Box Theatre.
See More Articles From Jonathan Turner
Tagged: Augustana Choiraugustana choral artistselizabeth triebergriggsGriggs MusicJon Hurtytom hagaman