Lora Adams at Moline’s Black Box Revives “Love, Loss and What I Wore”

The last time Angela Rathman performed on stage was over two years ago – in Prenzie Players’ “Macbeth,” in January 2019 – when she embodied a witch, a murderer, a thane and a doctor. 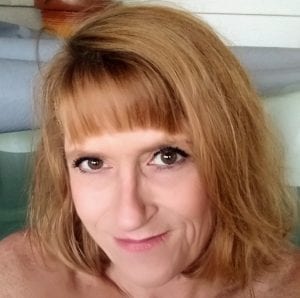 Angela Rathman is looking forward to being back on stage for the first time in over two years.

The Prenzie veteran – who also co-starred in Genesius Guild’s “Taming of the Shrew” (as Kate) in 2011 – is making her debut at the four-year-old Black Box Theatre of the Quad Cities, 1623 5th Ave., Moline, in a familiar staged reading.

Rathman and her friend Perrin-Sallak are making their third appearance in the series of monologues and ensemble pieces, again directed by Black Box co-founder Lora Adams. 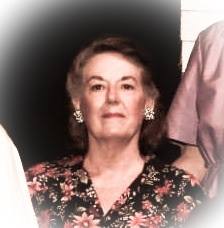 Susan Perrin-Sallak, with Rathman, was part of the two original casts of the play in 2015.

In May and December 2015, Dress for Success Quad Cities and the QC Theatre Workshop partnered twice to present the play (under Adams’s direction) as a joint fundraiser for the nonprofit organizations, then performed by a dozen local actresses, rotating casts.

“Doing theater again, I was just like so excited to just leave my house and do something,” Rathman said Tuesday of the new version. “I got a little verklempt even like walking into the theater. It was almost like tears welled up.”

Perrin-Sallak (another longtime Q-C theater veteran) is a close friend, and “I love her to death, so not being able to see people has been so hard,” Rathman said. “It’s like now, not only do I get to see her but we’re doing this together and we’re going to hang a little bit after rehearsals. And you know, it’s super nice to 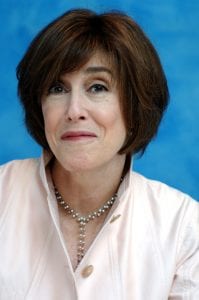 Author Nora Ephron, who was nominated for three Academy Awards, died in 2012 from leukemia.

have your creative brain engaged.”

A moving, funny collection of monologues described by Variety magazine as “a bittersweet meditation on the joys and tribulations of women’s lives,” “Love, Loss, and What I Wore” was penned by famous movie screenwriter Nora Ephron (“When Harry Met Sally,” “Sleepless in Seattle,” “You’ve Got Mail”) and her sister Delia.

Based on the 1995 book by Ilene Beckerman, the staged reading focuses on women’s relationships and clothing — and, at times, the interaction of the two — using specific clothing items as a time capsule of shared experiences.

Since its 2008 stage debut, this popular adaptation by the Ephron sisters has been performed by such stage and screen stars as Kristen Wiig, Linda Lavin, Brooke Shields, Rosie O’Donnell, Christine Lahti, Tyne Daly and Marlo Thomas.

A New York Times review said the play is not a comedy: “A story about black cowboy boots becomes a sad tale of being underappreciated in a relationship; a tale of two women shopping for their wedding outfits ends bittersweetly; and the recollection of a new bra is a quiet testament to a women’s search for dignity while undergoing treatment for breast cancer.”

Adams wanted to present it again (with scripts on music stands) for the first time at the Black Box partly because it’s so well-written, she said this week. 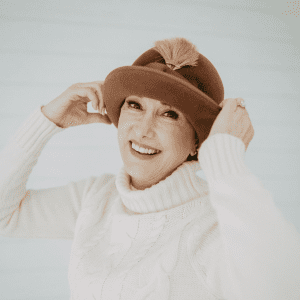 “I am still trying to put things on the stage where I can make sure that the cast is socially distanced and so that the audience still feels safe,” she said, noting performers will be in face shields and audience capacity is limited to 30, with temperature checks at the door. “Because we are such an intimate theatre space, it is important to me that everyone sees and feels that we are doing everything possible to make sure that they are safe.

“I believe everyone in this cast has been vaccinated,” Adams said, noting she has as well. “But we still want to make sure that people feel comfortable. As people become used to once again being in a room with others, I imagine we will re-think our protocols, but for now we are following all of the Illinois guidelines.”

The 90-minute show is composed of 28 stories that seek to illuminate the female identity, according to a synopsis. Generally composed of comic stories, the show often addresses sad, bitter or sentimental issues. Beckerman’s memoir takes as its departure the clothing worn at pivotal times of her life and serves as the foundation for the show.

Among her favorite monologues, Rathman said (noting she doesn’t deliver it), is a fairly lengthy one about purses. “It’s pretty hilarious one,” she said.

“There’s one that I give, that is a short one, but it’s I feel like it’s very tender and packed with a lot of emotion,” she said about a woman

whose mother died when she was a child and her father remarries. One day, her stepmother comes down to breakfast wearing the same kind of bathrobe her late mother had.

“It’s like a very poignant little story, and the new stepmom is kind and when she’s made aware of the fact, she never wears that robe again,” Rathman said. “It’s a moving one.”

Despite this past year being a tragic, difficult one due to Covid, both she and Perrin-Sallak said the play doesn’t take on greater weight or meaning now.

Like many, she dealt with a different kind of loss and grief in March 2020, when Rathman was co-directing “All Shook Up” at Moline High School, and it was canceled after just one public performance.

“It was just so heartbreaking; we had so many crying teenagers,” she said, noting she plans to direct their fall 2021 play.

Perrin-Sallak has acted in two radio plays at Black Box – “The Man With Bogart’s Face” in October 2019, and “The 39 Steps” in August 2020, when actors wore face shields (as they plan to do again).

For “Love, Loss…,” “I’m doing the same part, which is really nice,” she said Tuesday. “I enjoy that and I’ve enjoyed being able to do voice projects during all of this Covid-19 nonsense, when I can’t get on stage like normal people.”

Last December, she narrated the Genesius Guild audio version of “A Christmas Carol,” and a WQPT-TV documentary on women’s suffrage 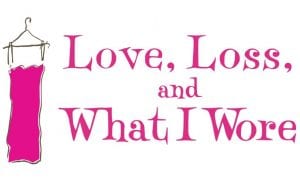 “Love, Loss and What I Wore” was performed twice in the Quad-Cities in 2015.

“People may tend to think of this play as kind of a chick thing,” Perrin-Sallak said of the Ephron work, “but I think it offers a lot of insights that men might appreciate, getting to help them understand the female psyche.”

For example, some men may “perceive women as overreacting about something they see as trivial, but there’s a lot more behind it that they don’t see or understand,” she said. “There’s a lot more history to the woman’s reaction that the man might not understand.”

This is Perrin-Sallak’s third time reading the role of Gingy, and is the only theatrical production that she’s been in more than one incarnation.

“And I enjoy finding new and different things in the character of Gingy as I personally have aged,” she said.

In the book, Gingy is described as “Everywoman” – “She’s a wise old friend who’s survived divorce, the death of a child, the quirks of friends and family, crushes and heartbreak and bursts of joy and happiness. Like all of us, she likes to look nice while she’s pursuing happiness.”

Performances at BBT will be 7:30 p.m. this Thursday to Saturday, plus April 29 to May 1, and 2 p.m. this Sunday, April 25. Tickets are $13 for Thursday performances and $16 for all others, available at https://theblackboxtheatre.com/.

Jonathan Turner
Jonathan Turner has been covering the Quad-Cities arts scene for 25 years, first as a reporter with the Dispatch and Rock Island Argus, and then as a reporter with the Quad City Times. Jonathan is also an accomplished actor and musician who has been seen frequently on local theater stages, including the Bucktown Revue and Black Box Theatre.
See More Articles From Jonathan Turner
Tagged: angela rathmanBlack Box Theatrelocal theaterLora AdamsMolinenora ephron