Chicago psychedelic rock group Umbra & the Volcan Siege will be playing a set at Ragged Records at noon on Saturday, April 21, in celebration of Record Store Day as noted at http://www.raggedrecords.org/blog/2018/3/26/event-record-store-day-2018. 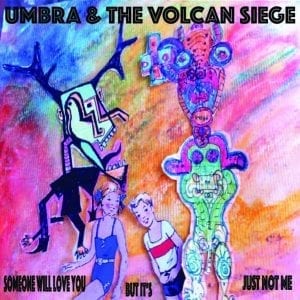 Umbra and the Volcan Siege was founded in 2006 by JIm Licka embracing his “super hero ultra-identity” as UMBRA. Umbra is surrounded by his siege of musicians which help create a sound-scape of genre bending music.

The band will follow up the in-store performance with a session at Daytrotter. For more on U&TVS, check out http://umbraandthevolcansiege.com/

Sean Leary
Sean Leary is an author, director, artist, musician, producer and entrepreneur who has been writing professionally since debuting at age 11 in the pages of the Comics Buyers Guide. An honors graduate of the University of Southern California masters program, he has written over 50 books including the best-sellers The Arimathean, Every Number is Lucky to Someone and We Are All Characters.
See More Articles From Sean Leary
Tagged: DaytrotterRagged RecordsRecord Store DayUmbra & The Volcan Siege