MACOMB/Moline, IL — Applications are being accepted for the Western Illinois University 2021 Martin Dupuis/Mukti Fund Leadership Award in Gay, Lesbian, Bisexual and Transgender (GLBT) Communities. The $1,400 award recognizes a student who has provided leadership either for a LGBTQ* group and/or in regards to LGBTQ* issues. 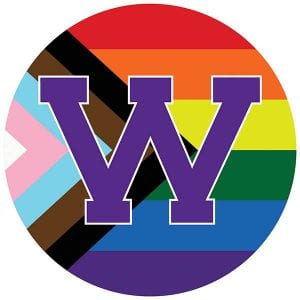 Applicants who meet the leadership criteria must be undergraduate students who will return to WIU for the 2021-2022 academic year. To be considered for this award, students must complete an application, write a short essay, provide a resume and include two letters of reference. The recipient of the award will be selected by the University Committee on Sexual Orientation Gender Identity and Expression (UCOSOGIE).

In 2004, the Mukti Board of Trustees of the Mukti Fund, a private grant-making foundation, voted to establish the Martin Dupuis Leadership Award in recognition of Dupuis’ service to the fund and to acknowledge the value WIU played in his professional life. The WIU Foundation received a gift of $70,000 to establish the annual award.

In 1983, Dupuis, a recent Albion (MI) College graduate, and Albion professor Michael Dively co-founded the Mukti Fund, which has been dedicated to expanding individual awareness and improving quality of life through community projects. They chose the name “mukti,” which comes from Sanskrit, because it means liberation, said Dupuis, who has served as a trustee of the fund since its incorporation.

Dupuis served as an associate professor of political science, pre-law Honors adviser and associate director of Western’s Centennial Honors College from 1997 until 2006, when he accepted a position as assistant dean at the Burnett Honors College at the University of Central Florida in Orlando.

Applications, which are due March 31 are available in the Office of Equal Opportunity and Access (EOA), Sherman Hall 312, or online. For more information, contact Tami McCoy at TK-McCoy@wiu.edu or (309) 298-1977.

Sean Leary
Sean Leary is an author, director, artist, musician, producer and entrepreneur who has been writing professionally since debuting at age 11 in the pages of the Comics Buyers Guide. An honors graduate of the University of Southern California masters program, he has written over 50 books including the best-sellers The Arimathean, Every Number is Lucky to Someone and We Are All Characters.
See More Articles From Sean Leary
Tagged: LGBTQWestern Illinois UniversityWIU