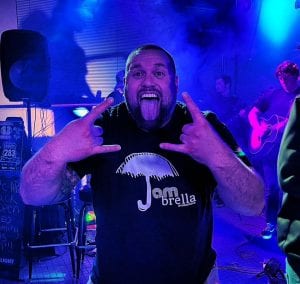 Quad-Cities based Jambrella Productions plans to present big musical lineups for indoor festivals at Mississippi Valley Fairgrounds, both for June 12, and a 20th-anniversary commemoration of the U.S. terrorist attacks on Sept. 11, 2001.

Scheduled in part to celebrate the 17th anniversary of Davenport-based River Music Experience, the June 12 event will be co-sponsored by RME and Realty ONE Group, Jambrella founder Michael Moncada said. After starting his business just in February, he recently moved into office space at Realty ONE Group, 4726 N. Brady St., Davenport.

“It beats working out of my car,” Moncada said Monday. “So many places are asking us to produce shows for them in the Quad-Cities, we’re all over, we’re everywhere. I’m officially exhausted.”

Since launching with a massive Feb. 26 Jambrella give-back night at The Mound in the Village of East Davenport (which raised over $7,000 for several local musicians and bars), Jambrella has presented about 20 live-music events in the area, and upwards of 30 if you include supporting and appearing at other artists’ shows, Moncada said. 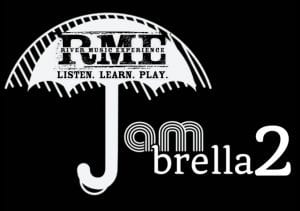 The Jambrella 2 music festival will be June 12 (in part to celebrate RME’s 17th anniversary) at Mississippi Valley Fairgrounds, Davenport.

beverages for sale. Bands to perform include Fair Warning and Far Out 283.

Moncada is also putting together an Oct. 23 Battle of the Bands there, in coordination with the QC Rock Academy (QCRA). Jambrella is helping with marketing, branding and merchandising for the QCRA’s big festival May 22 at Schwiebert Riverfront Park, downtown Rock Island.

That free Saturday concert (5 p.m. to 10 p.m.) will feature the student bands Been There Done That, Strictly Business, Crushed Monkey, Made Ya Look, Daze Off, Tell Tale Heart and Nonetheless.

Greg Hipskind, drummer for Wicked Liz & the Bellyswirls and director of QCRA, is grateful for Jambrella’s help promoting the second-annual student band event at Schwiebert Park. They did the first free one, with six bands, last September.

“We were able to throw it together in three weeks. It was our only thing for the whole year,” Hipskind said Monday. Dan Gleason with Rock Island Parks Department wanted them to do it again and it made sense to move it up to the end of the school year.

“It’s the kickoff of summer, and people are jonesing to get out,” he said, noting last September’s attendance was close to 400, and people were good about separating themselves in the big park. Hipskind expects even bigger attendance in May, when Covid vaccination rates 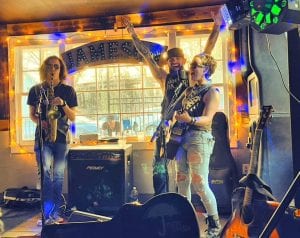 should kick in significantly.

Of Moncada, he said they met at the March 20 Battle of the Bands at the Davenport fairgrounds, where QCRA’s Been There Done That performed.

“On Facebook, I’ve been seeing things — he’s making waves,” Hipskind said. “I don’t know what it is exactly he’s doing, but he’s making waves. We ended up, he came here to the academy and said, let’s do it together. He’s going to help us with this thing we’re doing in May.”

“We’re just finding ways to make it bigger for all of us,” he said of improving the Q-C live music scene.

That will include a lot of local talent, including Karl Beatty, Jordan Danielsen, the band Twice on Sunday, Bo Orrin, Craig Shehorn, and Levi Craft. 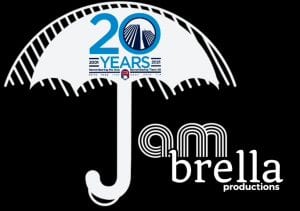 This past Saturday, Jambrella was asked to provide hour hours of live music for the grand opening of a new business, Midwest Grilling Services, at 1010 E. Kimberly Road, Davenport. “We had a heck of a time. We had a lot of fun,” said Moncada, who also performed then. 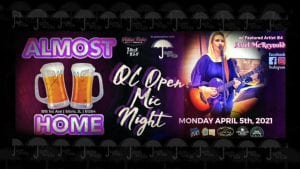 “I have been contacted by venues in Des Moines and St. Louis and Sioux City, to bring shows,” he said Monday.

He’s in discussions with Althea Grace (a 21-year-old “American Idol” contestant) and Savanna Chestnut (a 25-year-old “The Voice” contestant) to play in the Quad-Cities.

Moncada called the plans for a 20-year remembrance of Sept. 11 a “patriots’ event” at the Mississippi Valley Fairgrounds.

“We’re going to have a big festival, tons of acts, local and regional, in remembrance,” he said. “We’ll do something for veterans, combat veterans. We have a lot of ideas.”

Jonathan Turner
Jonathan Turner has been covering the Quad-Cities arts scene for 25 years, first as a reporter with the Dispatch and Rock Island Argus, and then as a reporter with the Quad City Times. Jonathan is also an accomplished actor and musician who has been seen frequently on local theater stages, including the Bucktown Revue and Black Box Theatre.
See More Articles From Jonathan Turner
Tagged: althea graceariel reynoldsjambrellamike moncadaopen micsavanna chestnut