You can help honor and support Iowa arts and culture this Friday, Dec. 11, as the 9th-annual Celebrate Iowa Gala will be hosted virtually from 6 p.m. to 9 p.m.

The state’s premier cultural celebration, presented by the Iowa Department of Cultural Affairs (IDCA), will offer guests once-in-a-lifetime opportunities to meet notable Iowans, watch an Iowa movie star add his handprints to the Wall of Fame at the State Historical Museum of 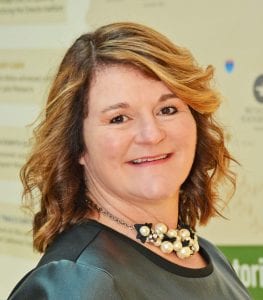 Iowa, and enjoy musical performances at iconic Iowa venues, including the American Gothic House in Eldon and the Surf Ballroom in Clear Lake.

The virtual event also offers guests a chance to meet other Iowans, near and far, as Iowa heads into its 175th year of statehood. Iowa joined the Union on Dec. 28, 1846.

“The virtual celebration will showcase the best of Iowa’s arts, history, film, foods and culture from iconic Iowa locations,” said IDCA director Chris Kramer. “This year’s Celebrate Iowa Gala is a chance to connect with proud Iowans from every corner of the state – and from across the country – to have fun and remind ourselves of all the extraordinary, only-in-Iowa things we have in common.”

Since this will be an online-only event, compared to prior years, they were able to record more on-site video features across the state, Kramer said Monday.

“We also tried to really pair up unique performances,” she said. “For example, we have the Brazilian 2wins, who have recorded a new original song at the American Gothic house, which is one of the state historic sites we oversee. So it was fun to really pair up some unique opportunities right now, and take people to those places, given there are so many restrictions right now in our arts and culture engagement this year.”

In the past, the gala typically had many live performers and artists, to engage with guests.

“This year, we’ve all been going through a lot, with 2020 and with the coronavirus and everything,” Kramer said. “People are really craving cultural experiences, and it’s difficult to portray all that virtually, but what we’ve tried to do is really present some unique performances and unique places, to give somebody a nice, relaxing evening to learn more about Iowa and be introduced to a performer they possibly haven’t

The annual gala typically raises about $100,000 a year for educational programs.

The Friday program starts at 6 p.m. with a VIP reception, followed by a 7 p.m. showcase of Iowa culture and then an 8 p.m. cultural mixer, when guests will have a chance to enjoy live entertainment and participate in a few guided experiences. Highlights from the evening will include a visit to the Donna Reed Center for the Performing Arts in Denison, a performance at the beautiful Art Church in Malvern, and a glimpse of the vast collection of Haitian artwork at the Waterloo Center for the Arts. 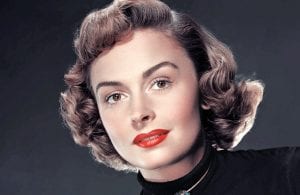 The evening will include:

During the 7 p.m. hour, MRDC owner/distiller Ryan Burchett will demonstrate a making of their popular “Buffalo Bill” cocktail, toast to the event and briefly explain the history of their business and location on the Mississippi River. 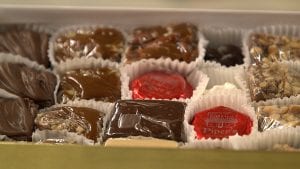 One of the homemade success stories featured will be Piper’s candies in Chariton, Iowa.

The gala has always featured the best of Iowa in food and beverage – including the best burger, the best tenderloin, Maytag blue cheese, wines and craft beers, Kramer said. Mississippi River Distilling has provided tastings at past galas.

“They’re important because they’re part of one of our cultural entertainment districts, in LeClaire and LeClaire is a great community that is demonstrating how our historic preservation culture – mixed in with really interesting small businesses, shopping, and things to do, live music, craft beer, and of course the distilled beverages – they really serve as a tourist attraction,” she said. “To attract people to that community, and introduce people to Iowa.

“Once people fall in love with our wonderful towns and our culturally vibrant communities, they consider this also as a place to live.”

The “Buffalo Bill” is named after LeClaire’s most famous son, Buffalo Bill Cody (1846-1917), and made with Cody Road Bourbon, Great River Maple Syrup from Garnavillo, Iowa and some black walnut bitters, Burchett said Monday. “It’s one of the most popular cocktails at our Cody Road Cocktail House here at the distillery.” (Try the recipe HERE.)

“Everything we do is about being as local as possible,” he said. “So we love participating in the Celebrate Iowa Gala because it reaches an audience that values the unique nature of all things Iowan. We’re certainly proud of the fact that we fit firmly in that category.” 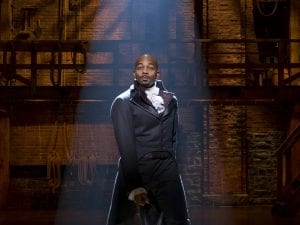 The gala VIP reception will include a special feature on Iowa’s own Donna Reed (1921-1986), the beloved actress from Denison, including an interview with Reed’s daughter Mary Owen, who’s in the process of moving back to Iowa, and some of the performers she inspired through a workshop held in Denison each year.

One of those is New York City-based Brandon Victor Dixon, who has been nominated for Tony, Emmy and Grammy awards. He has performed as Aaron Burr in “Hamilton” on Broadway, as well in original casts of “The Color Purple” (2005) and “Motown the Musical” (2013).

“We’re proud to have that connection with him,” Kramer said. “It’s pretty amazing to have someone of that caliber. We also have performers in their 20s who will be performing during that reception.”

The gala will feature a mix of live performances and pre-recorded segments.

“We’ve been able to put together a really great program, and in order to make this happen, we had to record some of these videos in advance and I think people are really going to enjoy all of the unique stories that are being brought forward.”

“We’re really fortunate to work with communities, but also arts and culture, and a lot of people who perform in these different venues, so we’ve gotten to know Simon over the many years he’s been performing and have tried to showcase his story in many different ways – coming from Centerville, and also being very inspiring to youth as they continue to pursue their careers,” Kramer said. 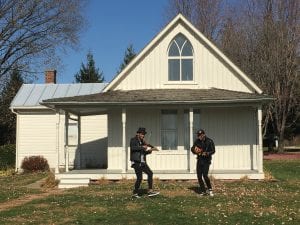 The Brazilian 2wins perform at the iconic American Gothic House.

“He does a lot to give back to the community and to continue to mentor young people as they’re engaged in their careers,” she said. “Simon Estes is certainly someone who’s  done a lot for the performing arts here in Iowa.”

Tom Arnold, 61, continues to visit his family in Ottumwa, and he has two children he wants to get to know Iowa, Kramer said. They did a segment with him at the “Hollywood in the Heartland” exhibit at the state Historical Museum, which has been back open since June, next to the Iowa State Capitol in Des Moines.

“It was fun while he was here, he shared a story of a recent project he had been working with another Iowan – Cloris Leachman,” Kramer said of the film and TV comedy star. “He was talking about what it was like to be on the set of a legend from Iowa. They talked about, they look out for each other in the industry, people from Iowa. I think that was really nice to hear.”

“On a Friday night in December, a lot of times people are usually off to events or live productions – ballet, performing arts, or Christmas parties, holiday parties. This year, we’re not able to do that, so people can enjoy this from the safety of their home, and we’re just really excited to be able to just remind people of all the great things that are going on here in Iowa,” she said. 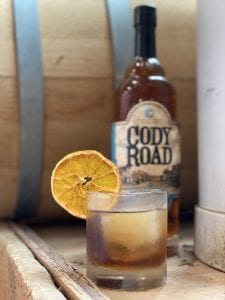 The popular Buffalo Bill cocktail in LeClaire, made with Cody Road Bourbon.

The gala usually raises about $100,000 – used for Iowa history educational programs and exhibits. They’re typically part of the mobile museum that travels the state, but was put on hiatus until 2021.

To celebrate this historic milestone, the State Historical Society of Iowa (which is part of IDCA) is amplifying its virtual educational resources, online access to historical archives and new exhibit experiences for families, students, educators and lifelong learners.

“This year, definitely the demand has been there for virtual programs,” Kramer said. “We have been, over the last few years, ramping up our online resources and this is through our state Historical Society and state Historical Museum educator resources. We’ve got about 62 different educator tech sets available for teachers, parents and students. In previous years, we’ve had about 50,000 downloads of the information, but this year, due to the demand now that everybody’s doing virtual learning, just since March we’ve had a half million downloads of that Iowa history educational content. 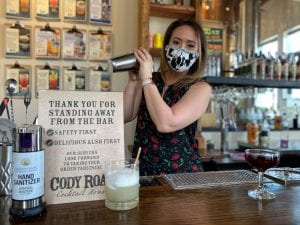 “So we know that it’s really important that we continue to meet the needs of people who are trying to learn at home,” she said, noting they also partner with online resources from the Library of Congress. “We’ve been really proud, we’ve been working on that prior to all of this happening, and this year more than ever, everybody has really benefitted from using those resources.”

The virtual VIP reception starts at 6 p.m., the Celebrate Iowa Gala is at 7 p.m., with a cultural mixer at 8 p.m. – the latter includes:

Tickets are $25 (per household) for the 7 p.m. gala, $100 for the gala and cultural mixer, and $250 for an all-access pass for the whole evening. Sponsorships start at $500, which entitle sponsors to  all-access passes plus recognition benefits. This year’s virtual tickets are 100 percent tax-deductible.

For more details, visit Iowaculture.gov/gala. Links and login information for the event will be emailed. Please email HistoricalGala@iowa.gov or call 515-216-3953 if you have questions about your ticket purchase.

Jonathan Turner
Jonathan Turner has been covering the Quad-Cities arts scene for 25 years, first as a reporter with the Dispatch and Rock Island Argus, and then as a reporter with the Quad City Times. Jonathan is also an accomplished actor and musician who has been seen frequently on local theater stages, including the Bucktown Revue and Black Box Theatre.
See More Articles From Jonathan Turner
Tagged: celebrate iowa galaiowa artsiowa cultureiowa entertainmentvirtual events