Hemingway Biographer to do WQPT Virtual Q & A April 27 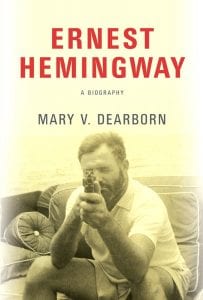 In conjunction with the new Ken Burns PBS documentary on author Ernest Hemingway, WQPT will hold a special 30-minute virtual screening and discussion with Mary V. Dearborn, a Hemingway biographer featured in the film, on April 27.

The free virtual event will take place that Tuesday at 6:30 p.m. and attendees will have the opportunity to ask Dearborn their Hemingway-related questions. Participants will also have the chance win copies of Dearborn’s 2017 Hemingway biography, a Google Home smart speaker, and other great prizes.

“Hemingway has this public image of being this extraordinarily masculine, kind of hypermasculine, macho guy, and that he had a huge following among men,” documentary director Lynn Novick said in a Monday release from WQPT, the Quad-Cities PBS station.

“We spent a lot of time and effort to try to understand his relationship with the women in his life: his mother, his sisters, his four wives, other women that mattered to him, others who broke his heart,” she said. “We probably only scratched the surface, but the women we have interviewed, the women in his life, and hearing the voices of his wives who have a lot to say, it’s very interesting.” 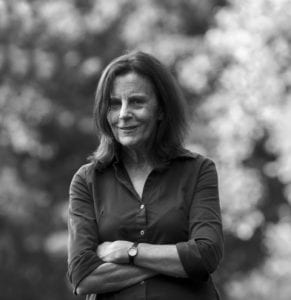 “We’re thrilled to have the opportunity to connect an internationally-renowned Hemingway historian with our community,” said Michael Carton, WQPT’s director of education and outreach. “I think Ms. Dearborn understands Hemingway’s relationship with women almost better than anyone else, and it’ll 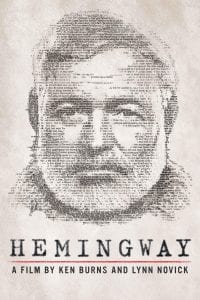 The new Ken Burns documentary, “Hemingway,” will conclude on WQPT April 22 and 29.

be great to be able to ask her questions that the film wasn’t able to answer and get her answers.”

The film was directed by Ken Burns and longtime collaborator Lynn Novick, and it paints an intimate picture of Hemingway the writer — “who captured on paper the complexities of the human condition in spare and profound prose, and whose work remains deeply influential around the world — while also penetrating the myth of Hemingway the man’s man to reveal a deeply troubled and ultimately tragic figure,” the station release says.

The film also explores Hemingway’s limitations and biases as an artist and a man of his time.  The series is currently streaming on station-branded PBS platforms, including PBS.org and the PBS Video app.

You can learn more about the film and register for the April 27 event by visiting www.wqpt.org/hemingway.