After being closed since mid-March, Davenport’s German American Heritage Center will reopen with specific health and safety conditions on Tuesday, June 23.

The museum at 2nd and Gaines streets, will offer ticketed and timed visits to groups of less than six, every 45 minutes during normal hours – which start at 10 a.m. Tuesday to Saturday, and noon on Sunday. The center will have new cleaning procedures, social distancing, sanitization areas, and mask requirements for all at the front desk, executive director Kelly Lao said recently. All patrons must wear a mask or face covering to enter the building.

“We wanted to open for a week or so before we were going to bring our volunteers back in. We kind of thought end of June, we could do that, and have the staff manning the entry,” she said. “Kind of like a soft open, to work the kinks out, before we ask our volunteers to do the desk.”

“If someone called in and had a family of eight, that’s fine. Just in general, we’re not going to be mixing strangers together. It’s up to that number; so if one person wanted to come, that would be their time, they’d be the only person to come through at that time.”

Depending on how it goes, and health conditions in the area, the standards for patrons may change, including allowing walk-ins, Lao said. Normally, the GAHC sees a maximum of 20 visitors a day. 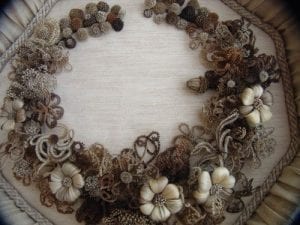 A hair wreath on display at the museum.

“We’re kind of testing it, to see what the demand is, how this works out, having just individual groups for that time period. Is that too spaced out? Is it spaced out enough?”

Masks will not be required throughout the Davenport museum when it opens. Some events have been pushed back to fall, including the Volkswagen car show, originally scheduled for May, which now is Sept. 20, Lao said.

During the closure. The GAHC has put a lot of information, images and exhibits on its website as part of a Virtual Museum. The site includes “The Forty-Eighters in Davenport: The Making of A New German Home” (from GAHC board member Daniel Cabage), educational crafts and activities, as well as a German Word of the Day.

Assistant director Samantha Turner did an online presentation on June 14, and Lao will have one Sunday, June 28 at 2 p.m. on the “Art of Mourning,” about Victorian “hair wreaths.”

“They would take the deceased person’s hair and they would braid it, weave it and trim it into little intricate, beautiful floral designs,” Lao said. “They would make watch fobs, make locket necklaces, the bands themselves…all sorts of different types, and even full wreaths. The widows of Civil War soldiers would keep their hair.”

“It’s quite fascinating; not a lot of people know about that,” she said. “Of course, Queen Victoria was married to Prince Albert, who was German. And Queen Victoria herself had some German roots.”

“She was very well-known for her mourning traditions,” Lao said. “She dressed in black and people followed suit with how she mourned.” 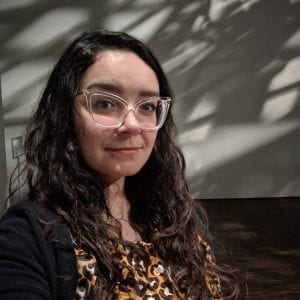 Mourning practices vary across different cultures and time periods. While hairwork, the practice of crafting objects like wreaths and jewelry from human hair, has been around for centuries, it reached its peak popularity during the Victorian era in the 19th century.

The June 28 event will take place over Zoom live, but participants can also watch the video later. Tickets are $5, available on Eventbrite.com.

The museum is extending both current exhibits – “Power Frauen” until Aug. 30 and “The History We Hold,” through Sept. 20. After that, a new exhibit on the end of World War II will open. This year marks the 75th anniversary of the end of that war.

The GAHC also is accepting more photos for its first “Community Curated” virtual exhibit. The public is invited to send a photo of an object that fits into one of the categories – your oldest object, favorite object, or something you have turned to for comfort during the pandemic.

Take a photo and submit it with a description and explanation by June 20 to samantha@gahc.org.  Include the year that your object was made, the year you acquired it, and why it is special to you. It doesn’t have to have any connection to German-American history.

“We just want to really share these stories the community has about objects they have at their home, feel like it’s helping them get through Covid, or something that’s very special to them,” Lao said.

“We wanted to try something because the way we’ve presented virtual exhibits is fun and people have been enjoying our method,” she said.

The GAHC will continue to supplement its online offerings, but there isn’t a substitute for seeing the museum in person, Lao said. 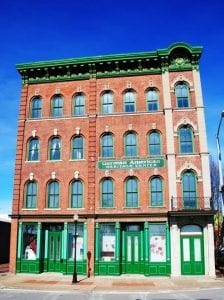 “We’ve had a lot of people reach out from New York and California, and all over the United States, who aren’t really able to travel,” she said. “The other option people are talking about in the museum world is, offering things for free now and maybe putting up a paywall for donation, to help encourage funding for the museum, as well as getting that in-person experience.”

“Our virtual offerings give you a good sense of things, but it is quite the difference. I’ve been to museums in Europe, and it’s cool to watch from your living room and stuff, but being there in the Louvre is an incredible experience in itself,” Lao said. “I think people are still are longing for those in-person experiences, as people see how valuable they are to us, once we’re not able to have them as often anymore.”

“Even if your heritage isn’t German, you’re going through and see something. This is a German cooking implement, and it’s, my grandma used something like that to make x, y, z, different heritage food, or their culture. So, it opens up that storytelling option, just sharing culture with younger generations.”

“This is the size hotel room immigrants would have stayed at; it’s much different than today,” she said.

Times for new reservations at GAHC will start at 10 a.m., and every 45 minutes Tuesday-Saturday, with the last at 3:30 p.m. Times for Sunday start at noon. Visitors are asked to arrive within 15 minutes of your ticketed time. Admissions continue to be $5 for adults, $4 seniors, $3 kids, free under 5, and free for members.

To make a reservation once they reopen, call 563-322-8844. For more information on the center, visit gahc.org.