Like most entertainment around the world during coronavirus, the Levitt AMP Galva Music Series moved online this summer. All recipients of a 2020 national grant for a free summer music series will be part of a virtual free broadcast, all available on levittamp.org/virtual. 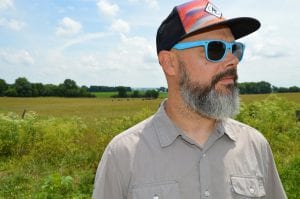 Galva’s entry kicked off the series on June 20, with performances by Chicago Farmer and Edward David Anderson. “Each recipient of the Levitt AMP grant will be featured in one concert over the course of the summer as part of the national series — we just happened to be the first,” said John Taylor of Cambridge, president of the Galva series and concert organizer.

You can see a link to the June 20 concert HERE. The Galva series video was filmed and produced by LMV Productions during the #PlayItForward campaign, which brought financial aid to 20 area musicians, and includes clips of a documentary produced about the Levitt AMP Galva Music Series by Gary Metivier.

The remainder of the online shows, all starting at 7 p.m., will be: 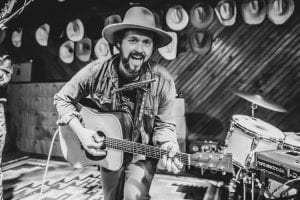 To support musicians during this critical time, Heartland Connections, through non-profit support of the Galva Arts Council, launched the “Play it Forward” campaign. This program distributed 20 grants, starting at a minimum of $500, to musicians facing financial emergencies due to Covid, with a live stream of a performance by the artist, recorded at Bishop Hill Creative Commons (in late May) without an audience, where additional tips were collected online for the performer.

The mission of the Galva Arts Council is to enrich the quality of life in our town through the advancement and promotion of the arts, the encouragement of the appreciation of the arts through participation and attendance of art events, the provision of membership services, and advocacy for the arts. 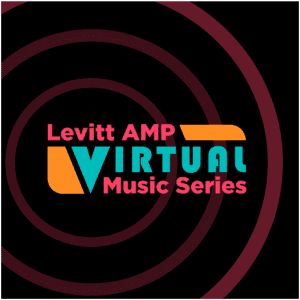 As part of the cascade of Covid-19-related closures, the third-annual Levitt AMP Galva Music Series this summer was canceled. The 12 Sunday night concerts in Wiley Park, free to the public, were due to start May 31. Taylor previously said it was a difficult but necessary decision.

“Even when things do eventually open up fully, or at all, it’s probably gonna be different for a while,” he said.

For the third year in a row, last December, the Galva Arts Council won a $25,000 matching grant to bring a free live-music series to Wiley Park. Sponsored by the Mortimer & Mimi Levitt Foundation, dedicated to strengthening the social fabric of America through free live music, Galva earned the grant through becoming a finalist and public online voting. The funds are for towns and cities with populations of less than 400,000.

Each 2020 grant winner will automatically be rolled over to 2021, and be eligible for a $5,000 mini-grant for alternate programming this year, Taylor said.

In 2018, nearly 500 free Levitt concerts took place in 26 towns and cities, all featuring a rich array of music genres and high-caliber talent. The Levitt Foundation is a national funder of creative placemaking that empowers towns and cities across America to transform underused public spaces into thriving destinations through the power of free, live music. Learn more at levitt.org.

Jonathan Turner
Jonathan Turner has been covering the Quad-Cities arts scene for 25 years, first as a reporter with the Dispatch and Rock Island Argus, and then as a reporter with the Quad City Times. Jonathan is also an accomplished actor and musician who has been seen frequently on local theater stages, including the Bucktown Revue and Black Box Theatre.
See More Articles From Jonathan Turner
Tagged: amy laveregalva arts councilheartland connectionslevitt amplevitt amp play it forward seriesnur-dplay it forwardsarah dashvalley wolfwill sexton