Got a player interested in learning about soccer, or keeping his or her skills sharp over spring break?

The first annual Sean Leary Pre-Season Soccer Camp is coming up and the deadline to register is March 14!

The camp, for boys and girls born in years 2007, 2008 and 2009, will teach kids soccer fundamentals, including footwork, passing and shooting; attack and defensive formations; team play and game theory. It’s open to all children at all skill levels; drills will be for all kids, and the camp will be divided into advanced and beginner levels to best challenge and develop each player. 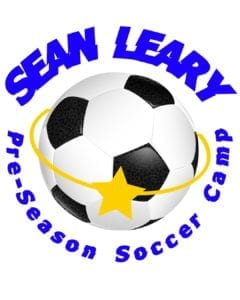 Camp dates are five sessions, every Saturday, March 14 through April 11, 2-3 pm on the indoor soccer field at Rivers Edge in Davenport. Cost is $60 for the entire camp and includes a camp t-shirt!

Best known as a local media personality on KWQC-TV6’s “Paula Sands Live,” and on QuadCities.com, Sean Leary has been a fan and player of the Beautiful Game since his teens. He was a four-year starter for Joliet Catholic Academy, and played every position, from goalie to defense to midfield to forward. As a varsity midfielder, he received scholarships to over two dozen colleges, before accepting an offer to play at University of St. Francis. He’s been a coach for the past decade, starting at Rock Island park board, where he had a record of 67-2-1, and helped develop over two dozen players currently playing on travel teams around the Quad-Cities. After that, he moved on to Mid America Premier Soccer (ranked #1 in Illinois), Midwest Elite Dragons Indoor Soccer (over a half-dozen winter tournament championships), Quad City Rush (ranked #1 in Illinois during his tenure as a coach with Jason DeLaCruz), and in his current coaching position as assistant coach, with head coach Anthony Nache, to the EMSSC Spartans U12 team, which is ranked #8 in Illinois. He’s also got a background in education, having graduated Summa Cum Laude (4.0 on a 4.0 scale) from the Masters in Education program at University of Southern California, was the founder of Achieve Success Tutoring and is currently a substitute teacher for the Rock Island school system.

His emphasis is on unselfish team play, excellent passing and spacing, good defense and ball skills, and hard work and positive attitude.

To register, please email your child’s t-shirt size, and the name and number you’d like on the back, to seanleary@seanleary.com. You can also pay in advance by PayPal by sending the fee to the same address. See you in camp!

Sean Leary
Sean Leary is an author, director, artist, musician, producer and entrepreneur who has been writing professionally since debuting at age 11 in the pages of the Comics Buyers Guide. An honors graduate of the University of Southern California masters program, he has written over 50 books including the best-sellers The Arimathean, Every Number is Lucky to Someone and We Are All Characters.
See More Articles From Sean Leary
Tagged: children’s activitieseducational activitiesEMSSC Spartanslocal soccerlocal sportsMid America Premierquad city rushrock island park boardSean Learysean leary pre-season soccer campsoccer campsspring break activitiesthings for kids to do