Home » Articles » Things To Do » Who’s Going To Win The John Deere Classic? The Answer Will Surprise You!

Who’s Going To Win The John Deere Classic? The Answer Will Surprise You!

Will it be favorite Collin Morikawa, who is on top of the Vegas odds board at 14-1? 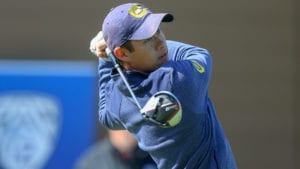 No, Sportsline barely has Morikawa finishing in the top 10.

Instead, they’ve got Kevin Streelman, a 25-1 long shot, making a strong run at the title. He has a much better chance to win it all than his odds imply, so he’s a target for anyone looking for a HUGE payday.

According to the folks at the site, “Sportsline simulated this week’s John Deere Classic 10,000 times, and there are some major surprises. Our proprietary computer model, built by DFS pro Mike McClure, has nailed the last two majors entering the weekend! It predicted Gary Woodland’s first career major win at the U.S. Open even though he wasn’t the favorite entering the weekend, and put Woodland at 85-1 in its best bets before the tournament even began. The result: Woodland held off a late charge from Brooks Koepka and won by a resounding three strokes.

“The model also called Koepka’s historic victory at the 2019 PGA Championship, predicting he’d hold his lead in the home stretch. In all, our advanced computer model has nailed a whopping SIX majors entering the weekend, and anyone who has followed it is WAY up!

“Now, the model has simulated the 2019 John Deere Classic and there are some HUGE surprises.

“One major shocker the model is calling for: Collin Morikawa, the top Vegas favorite at 14-1, barely cracks the top 10. Another surprise: Kevin Streelman, a 25-1 long shot, makes a strong run at the title. He has a much better chance to win it all than his odds imply, so he’s a target for anyone looking for a HUGE payday.

“Also, the model says five OTHER golfers with odds of 25-1 or longer will make a strong run at the title! Anyone who backs these underdogs could hit it BIG.”

Who will win? Will it follow Sportsline’s predictions? Or Vegas’ predictions? We’ve just heard from Sportsline. Here are the current Vegas odds on the event:

Sean Leary
Sean Leary is an author, director, artist, musician, producer and entrepreneur who has been writing professionally since debuting at age 11 in the pages of the Comics Buyers Guide. An honors graduate of the University of Southern California masters program, he has written over 50 books including the best-sellers The Arimathean, Every Number is Lucky to Someone and We Are All Characters.
See More Articles From Sean Leary
Tagged: betting odds for John Deere ClassicCollin Morikawagamblinggaminggolfgolf bettingJohn Deere ClassicKevin SteelmanLucas GloverMike McClureoddsoddsmakersSportslineVictor Hovland