Sean Leary August 28th, 2019 Things To Do, Sports, Quad City Storm, Moline, Local, Fun, Events, Entertainment Share:
The Quad City Storm, the area’s hard-hitting and fun hockey team, has released their upcoming schedule of promotional nights in their second season!
QuadCities.com is happy to once more be a media sponsor of the Storm and will be teaming up with the squad for various stories, videos, podcasts and other entertainment partnerships. 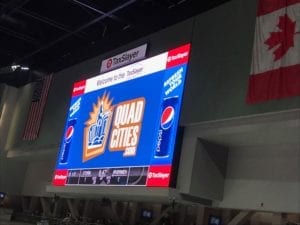 The Storm offers 28 games packed full of family fun and heart-pumping action are highlighted by the Big 7 Games with the biggest and best entertainment and excitement.The promo schedule is as follows:

1. October 25th-Opening Night: Hockey is back and we want you to help us pack the TaxSlayer with #8ThruTheGate (8000 fans).  Get to your seats early for a laser light show and drumlines pregame!  The Storm get things started by taking on the reigning SPHL Champion Huntsville Havoc and the first 1000 fans get a laser bracelet and magnet schedule.

2. November 9th-Salute to Our Military: Help us honor our brave service men, women and veterans on Veterans Day weekend.  Tuesday before the game (November 5th) fans are invited to come to the TaxSlayer Center and write the names of service men, women and veterans they know and love, on the ice!  Performer Joe Everson will be painting a patriotic mural on the ice while singing a rousing rendition of the national anthem.  The mural and game worn Storm military jerseys will be auctioned off postgame to raise money for Guide Dogs of America.  Also new this year, there will be a military enlistment ceremony during intermission! 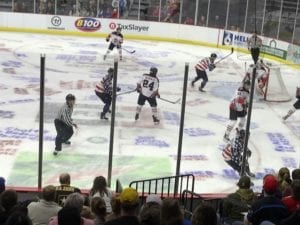 3. December 20th-Radar’s 1st Birthday Party: Everyone’s favorite mascot is turning one!  Come celebrate with Radar and all of his pals from around the Quad Cities like Rascal, Louie Lumberking and more!  Kids tickets are just $1 with the purchase of an adult ticket and the first 1000 kids through the doors get a Radar plush keychain!

4. January 11th-#QuadCitiesStrong: Hockey is for Everyone and the Storm is the community’s team!  This game serves to emphasize that Storm games are a chance for everyone in the Quad Cities to come together and unite as one group supporting the Storm and each other.

5. February 1st-Hockey Fights Cancer: Last season’s most popular promotion is back and, yes, you will again have the chance to write the names of loved ones who have fought cancer, or are still fighting cancer, on the ice the Tuesday before the game (January 28th).  And new this year, you can also write the names of cancer caregivers on the ice!  The first 1000 fans get a Storm giveaway and the team will be wearing cancer jerseys on the ice covered with ribbons inscribed with the names of cancer fighters and survivors.   All funds raised will be donated to the Trinity Cancer Care Fund. 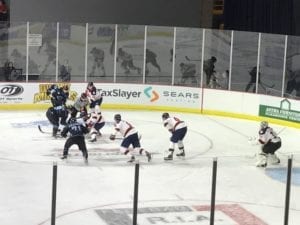 6. March 7th-Marvel Super Herotm Night:  This season the SPHL has partnered with Marvel and the Storm are creating a night to remember for all super hero fanatics.   We want everyone to dress like their favorite super hero and fans can meet a Marvel Super Herotm the night of the game!  The first 1000 fans get an especially super give away.

7. March 27th-Salute To Labor And Our Country Night: For the second year in a row the Storm are partnering with local unions and labor for a boot scootin’ good time!  $2 beers and hot dogs will be available all night long as we salute the men and women who labor to produce and fulfill great American goods and services. 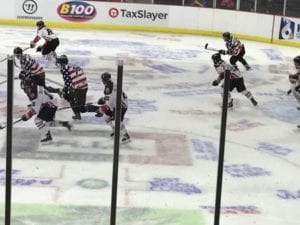 $2 Beers and Hot Dogs All Night:

$2 Beers and Hotdogs Before Puck Drop:

Sean Leary
Sean Leary is an author, director, artist, musician, producer and entrepreneur who has been writing professionally since debuting at age 11 in the pages of the Comics Buyers Guide. An honors graduate of the University of Southern California masters program, he has written over 50 books including the best-sellers The Arimathean, Every Number is Lucky to Someone and We Are All Characters.
See More Articles From Sean Leary
Tagged: local hockeylocal sportsQuad City StormTaxSlayer Center