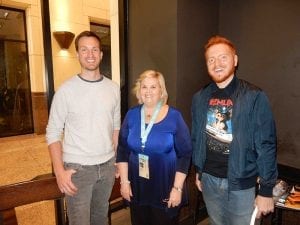 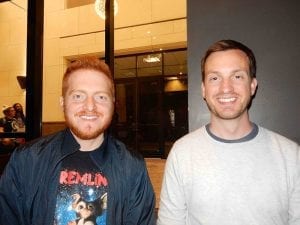 
Connie Corcoran Wilson
Connie (Corcoran) Wilson (www.ConnieCWilson.com) was the Quad City Times film and book critic for 15 years and has continued reviewing film uninterruptedly since 1970. She also publishes books (31 at last count) in a variety of genres (www.quadcitieslearning.com), has taught writing or literature classes at every Quad City college or university as adjunct faculty, was Yahoo's Content Producer of the Year for Politics  and writes on a variety of topics at her own blog, www.WeeklyWilson.com.
See More Articles From Connie Corcoran Wilson
Tagged: A Quiet PlaceAustinBettendorfBluebox LimitedBryan WoodsConnie Corcoran WilsonEmily BluntJohn Krasinskilocal filmmakersMy Verona ProductionsScott BeckSean LearySXSWTristan Tapscott