From graphic novels to graphic discussions of superhero dating practices, the Quad-Cities Planet Con played to a full house of fans of all ages Sunday at the Holiday Inn Convention Center in Rock Island.

Once again, Mellow Blue Planet hosted the 7th Annual event, a favorite meeting ground for creators, dealers, vendors, cosplayers and fans in the Q-C area and organizer, and Mellow Blue Planet shop owner Tim Johnson was thrilled with the turnout. 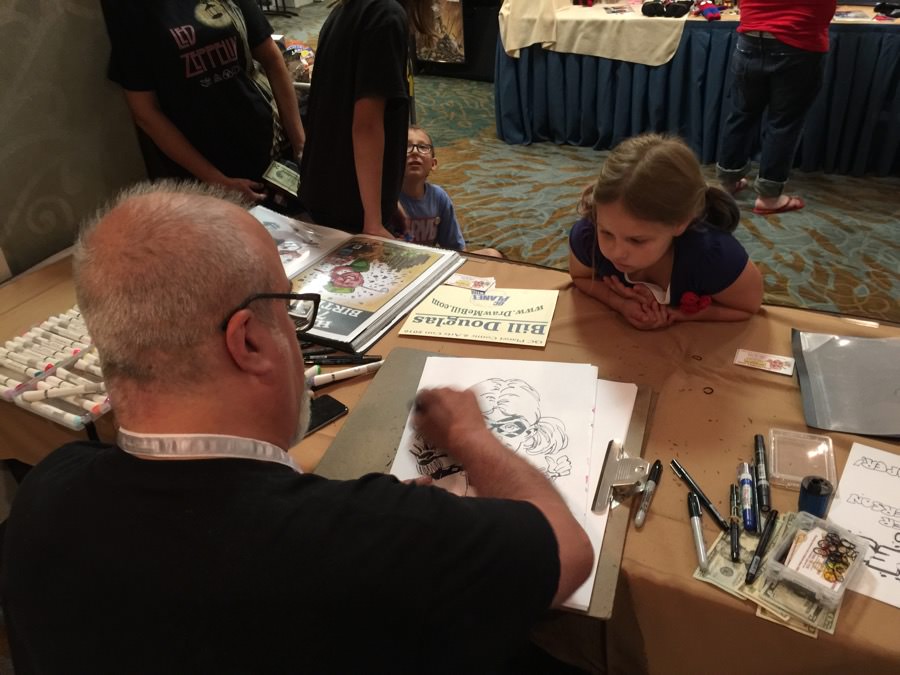 “I’m extremely happy with the event this year,” Johnson said. “Attendance is about 600, which is up about 50 from last year, and every year it’s growing a little bit, bit by bit. I’m very happy with the event and its quality, it’s very rewarding, especially to get such positive feedback from people saying how much they like being here, both the vendors and the people attending.”

Those people were pretty chuffed as well.

“It’s really a great convention,” said Davenport’s Gregg Paulsen, an artist at the event. “I love being here. The Quad-Cities needs more events like this. It’s been great.” 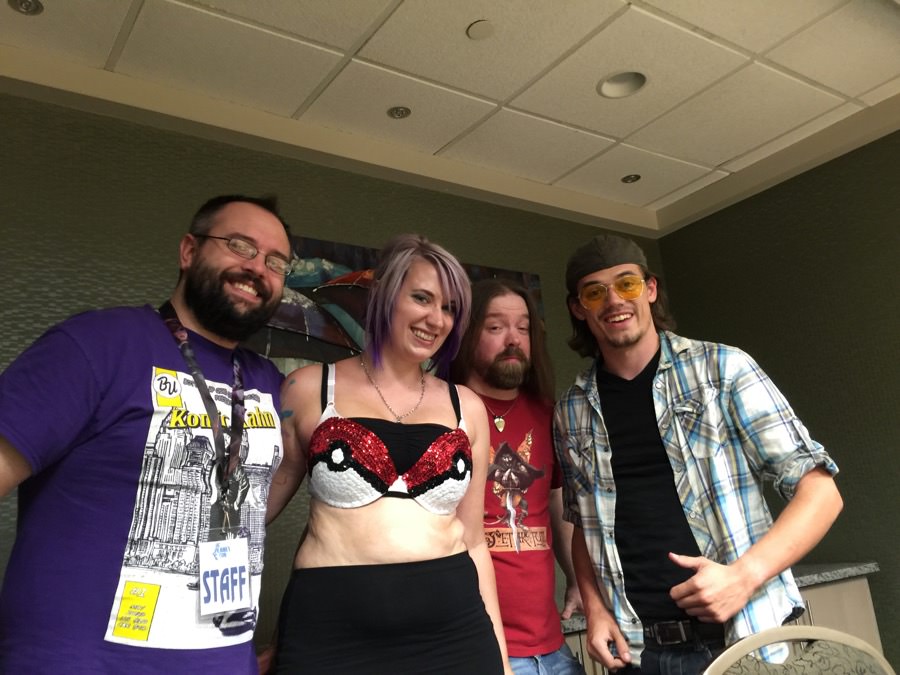 From left, Josh Kahn, Nikki Gillette, Dustin Lee and Anthony Natarelli performed during the Show Us Your Pokeballs comedy show at the con.

Among the vendors, artists and other creators, the geek comedy gig Show Us Your Pokeballs packed in fans for fandom-themed laughs from Josh Kahn, Nikki Gillette, Dustin Lee, Ian Heaton and Anthony Natarelli.

“This has been a really great event,” Kahn said. “Every year is a great year here though. It’s fun times with fun people.”
And we’ll be looking forward to issue number eight of the convention coming next summer.

Sean Leary
Sean Leary is an author, director, artist, musician, producer and entrepreneur who has been writing professionally since debuting at age 11 in the pages of the Comics Buyers Guide. An honors graduate of the University of Southern California masters program, he has written over 50 books including the best-sellers The Arimathean, Every Number is Lucky to Someone and We Are All Characters.
See More Articles From Sean Leary
Tagged: Bill DouglasCody TuckerHave Fun CollectiblesLeo KellyLinda CookMellow Blue PlanetQuad-Cities Planet Comic and Arts ConventionTim’s Corner