Home › Articles › Things To Do › Gretchen Wilson is Coming ‘Here For The Party’!

Gretchen Wilson is Coming ‘Here For The Party’!

To all appearances, Gretchen Wilson went overnight from talented obscurity to phenomenon. Her meteoric rise, the kind experienced by only a handful of artists in the past few decades, was that rare instance where talent and moment meet to form a cultural tidal wave. Gretchen’s ability to tailor songs as gorgeously rough-edged as she is, have given her the kind of “I am what I sing” originality few women in music history have ever been able to achieve. Her first single, “Redneck Woman”, spent six weeks at number one. Her debut album, Here For The Party, sold more than five million copies and spawned three more top 5 hits including, “Homewrecker,” “When I Think About Cheatin’,” and the title track, “Here For The Party.” 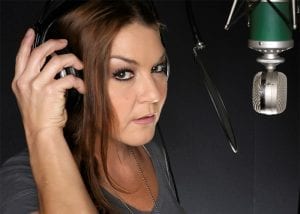 Since her debut, she has been featured on “60 Minutes,” “Dateline NBC,” “20/20 Primetime,” CNN’s “People In The News,” and she has appeared on virtually every morning, noon and late-night television show on the air. She has won across-the-board awards including ACM’s, CMA’s, AMA’s, Billboard’s, and is a Grammy winner, and nine-time nominee. Her first book, the autobiographical “Redneck Woman: Stories from My Life,” landed her on the prestigious New York Times Best Seller List.

Beyond career and family, Gretchen has maintained an active charitable role, performing in clubs and small theaters to raise money for organizations like St. Jude Children’s Research Hospital and Children’s Miracle Network. As the scope of her life continues to grow, the young woman from the tough background looks to find her ultimate place in the larger scheme of things. “I think sometimes this is a stepping-stone and there’s something greater still for me to do,” she says. “I’m not sure what, yet, but a lot of it I think comes from this overwhelming sense that my grandma knew something I didn’t know. I know what her purpose was now. She never really found her ‘peace’ on this earth, but she is my saving Grace!”

Tickets are $65, $60, $55, $45 and $40 plus tax and an online/phone ticketing fee (this fee is waived when tickets are purchased at The Market gift shop inside Rhythm City Casino) and can be purchased at https://www.rhythmcitycasino.com/event/2019/feb/gretchenwilson.html. Tickets in the ADA section are for patrons with mobility disabilities and up to three companions. If companion seating is not available because the ADA section is sold out, Rhythm City Casino will offer other seats as close as possible to the accessible seat, if available, at the purchase price of the other section.

Hotel packages are available by calling (844) 852-4FUN. Packages include a one-night stay in a Deluxe King or Double Queen room, two tickets to the show and two dinners at Robert’s Buffet. There are a limited number of hotel packages available.

Tess Abney
Tess Abney was born and raised in the Quad Cities. Her passion for writing and entertainment was apparent at a very young age. Whether it is sharing local events and businesses with readers or sharing her thoughts on life, she finds comfort in the way words can bring people together.
See More Articles From Tess Abney
Tagged: country musicDavenportEventsGretchen Wilsonlive musicQuad CitiesRhythm City CasinoThings To Do